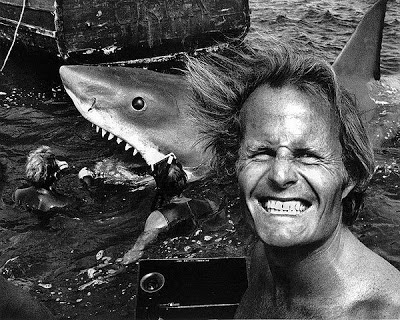 They showed this world premiere documentary on Richard Zanuck, DON'T SAY NO UNTIL I FINISH TALKING, at the TCM Film Festival and unfortunately there was something else I HAD to see at the same time. I'm so glad they're airing it tonight!

I don't know if it is possible to be both born into your family business and be a self made man, but Richard Zanuck seems to me to have done just that. He gave us just about everyone of my favorite films from my childhood. Every thing from JAWS to THE SOUND OF MUSIC. I could go on and on, but I'm sure the film tonight will cover his carreer far better than I ever could.

Sadly Richard died last year but he did get a chance to see this completed documentary on him and according to Robert Osborne, they didn't change a frame.

Really looking forward to this tonight. If you want to I'm sure there will be people live tweeting it at #TCMParty.

Tonight at 8pm et and encore at 11:30pm et on TCM check your local listings