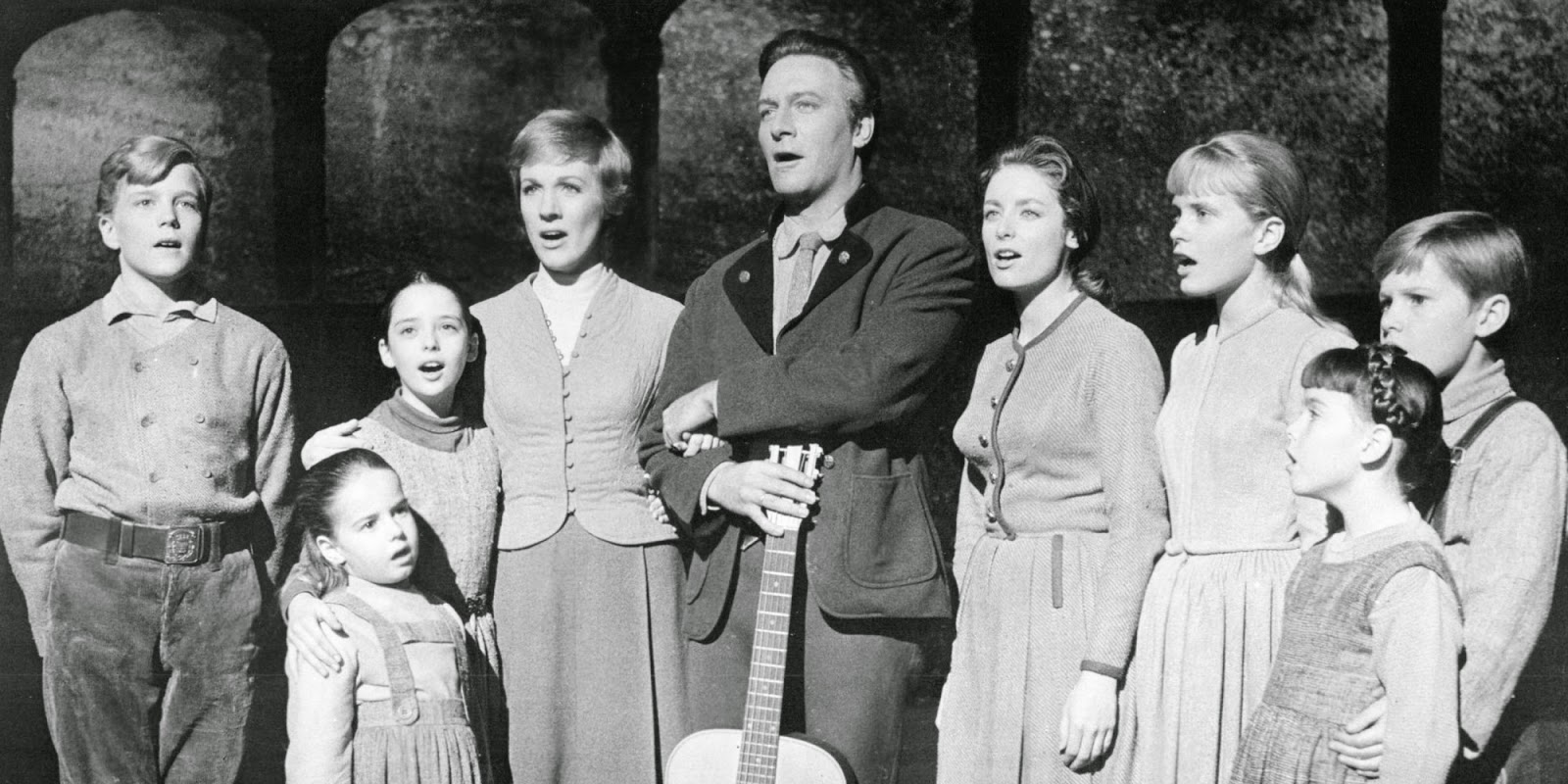 We're are definitely heading in to the home stretch of the year long wait for the next TCM Classic Film Festival. It will begin March 26 and run through the 29th. Just 2 more months to go!

The opening night gala will be a screening and celebration of the 50th anniversary of The Sound Of Music with both Julie Andrews and Christopher Plummer in attedance. In my few experiences he has not been enthused with the shadow Sound of Music casts over the rest of his career, so I'm a bit surprised he is attending. If you want a chance to see Christopher talking at length about this film this may be you best chance. 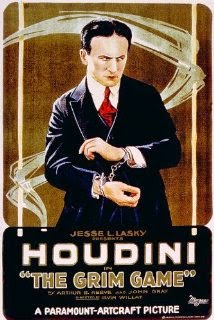 Other announcement include the screening of a long thought lost Harry Houdini film The Grim Game. Harry plays the wrongly accused which allows him to display artistry through escapes from police and in pursuit of the guilty. The line forms behind me for this one

"This much-sought-after film – a complete print of which was only recently rediscovered and brought to TCM for restoration – features the escape artist and legendary illusionist in one of his few starring roles. The film was discovered and the restoration was produced and restored by award-winning film preservationist and silent-film scholar Rick Schmidlin, whose credits include such landmark restorations as The Dickson Experimental Sound Film (1894/'95), Greed (1924), London After Midnight (1927), Touch of Evil (1958) and Elvis: That's the Way It Is – Special Edition(1970)." -TCM

Finally today it was announced that Ann Margaret will be in attendance with the 50th anniversary of The Cincinnati Kid co starring Steve McQueen and Edward G Robison. Not to mention THE Joan Blondell as the dealer. That's card not drug. Also a must see for me! 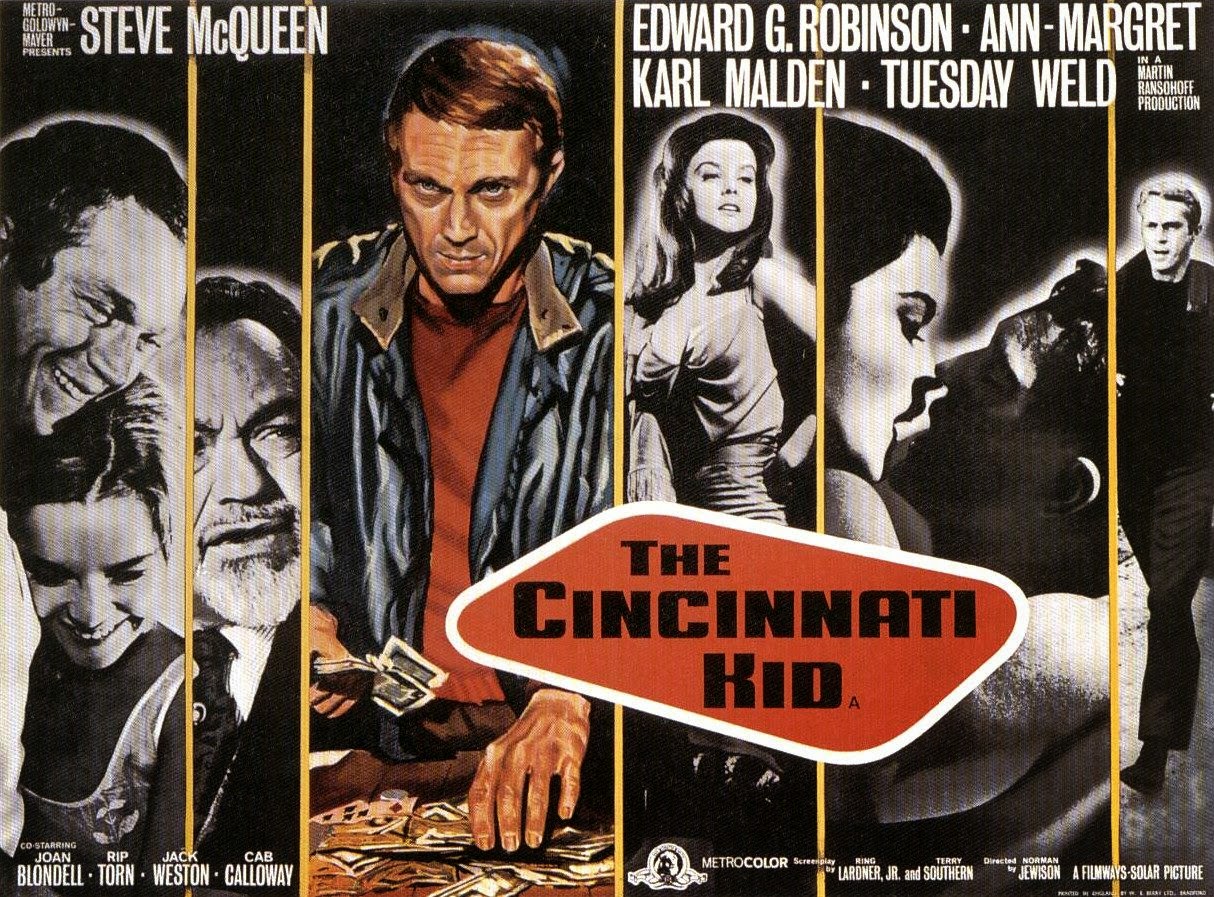 Here is the rest of the list of films that have been announced thus far for the festival.

Festival goers will also get to enjoy other iconic films such as:

Lastly, astronaut Captain James Lovell, the real-life subject of Ron Howard’s Apollo 13 (1995), will be on hand for the 20th Anniversary world premiere restoration

More announcements seem to be rolling out every day and I can't wait to start marking up my festival schedule with all my, hard to make, decisions of what to see. I can almost guarentee Grim Game and Cincinnati Kid will make that list, but who knows what other great things TCM has in store for the line up???

Posted by Elise Crane Derby at 12:23 PM No comments:

Would you want to be 25 again? @TVland @VH1 #Hindsight #Younger #TV

We've all heard the questions, "What would you tell your younger self?" or "What would you do differently if you could go back to your 20s?" or "Would you want to be 25 again?".  Now we have not one but two shows that are playing out those very questions.

First there is Hindsight which started it's run on Wednesday on VH1 last week. This show has a 40 something woman who in a crisis moment passes out and wakes up back in the mid 1990s to relive her life with all the knowledge of her first try at it. Do you do it all the same? Do you make changes and hope it doesn't adversely effect your future?

Then this Spring, Younger, comes to TV Land with the story of a 40ish woman who after raising her daughter and divorcing is struggling to reenter the work force. After being mistaken for a 20 something she and her friend give her a make over and presto chango she is young and hireable. But keeping up that illusion may be a full time job in itself.

Personally, the idea of being in my 20s again sounds exhausting. But I have to admit I really enjoyed the pilot episode screener of Younger and the first episode of Hindsight was really good too. I mean do you ever really get tired of hearing The Blues Travelers and in a fictional world one more night out with my 20 something girl friends could be REALLY fun.

Posted by Elise Crane Derby at 11:47 AM No comments:


First off if you're watching Broadchurch on Fox AKA the American version of Broadchurch MAJOR SPOILERS AHEAD.

I don't know why it never occurred to me that the second season of Broadchurch would be the court case. I guess because it seemed like an open and closed case. But the trailer for season two throws a major wrench in those works.

Posted by Elise Crane Derby at 11:45 AM No comments:

Author note- big duh this is not the second season but the second half of the first season. Have I mentioned how much I love this new trend of splitting seasons? I guess I could call it season 1.5??

Starz just released these new photos and trailer for Season 2 of OUTLANDER!!! Season 2 begins April 4th, so we still have several months to wait but hopefully this will make it a bit easier. OK I know it won't but at least it's something. If you can't wait go read the books. If you already read the books...reread the books.

And here's a last photo..The best for last as they say

Pivot is premiering their first original drama series, Fortitude, on January 29. The first episode will be a two hour special. The 12-part one-hour series, starring Stanley Tucci, Richard Dormer and Michael Gambon, airs Thursdays at 10:00 pm with encores every Friday at 10:00pm ET. I hear Stanley Tucci and I'm in!

Here's the network description: The dark drama series set in the melting Arctic, featuring psychological and thriller elements, tells the story of the small idyllic town of Fortitude, whose peaceful existence is shattered after a brutal and shocking murder. Above-average temperatures lead to a record ice melt revealing secrets long since hidden beneath the frozen landscape. Sheriff Dan Anderssen (Richard Dormer) leads the investigation and is forced to work alongside DCI Morton (Stanley Tucci), a detective who has flown into town from the mainland to contribute his forensic expertise. As the search for the killer progresses, their list of suspects – and suspicions of each other– grows.

The show definitely has a creepy Twin Peaks feel. The pace is slow, so you need to down shift into it. I think it will be a fascinating ride. It also stars Jessica Raine, who you'll remember from the Good Wife. Also Christopher Eccelston who was once Doctor Who and more recently was on The Leftovers. So as you can see they aren't hurting for a talented cast.

If you're wondering where to find Pivot or if your cable provider has it.
Posted by Elise Crane Derby at 10:26 AM No comments: