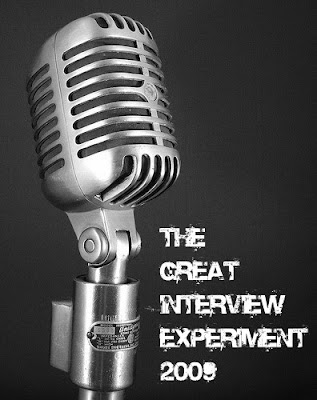 Fresh Widow
1. What have you learned, that you might not have otherwise, from the loss of your husband?

Oy, I have enough answers to fill a book! I almost can’t believe how innocent I was a few years ago.

1. I learned that “these things” really do happen. Cancer, car accidents, heart attacks, and other things that kill aren’t reserved for news stories or for someone else. And “shit happens” doesn’t even begin to cover it.

2. Denial gets a bad rap because it helps you enable alcoholics, but it’s a helpful coping tool when you’re fighting for your life against really dreadful odds.

3. I learned that modern medicine has huge limitations and many gaps, even in the most advanced nation in the world that pays the most for care.

4. I learned that you can’t know how your partner will act when the chips are down, even after 15 years, even if you get along well, even if you’ve had some practice together.

5. I learned that you’ll never know who among your friends will be steadfast and who will be chickenshit.

6. I learned that love is not enough, you have to be practical as well.

Basically? A bunch of shit that makes me sound “deep” at cocktail parties. J

2. What word would you pick to replace "widow"?

If I introduce myself as a widow, it’s sharp: “You don’t look like a widow” is what they are thinking, with a gasp and sometimes a step back. But it’s not the word that’s the problem. In fact, in the above example, the word brings up the reality harshly: it isn’t only old people who experience loss. This is the battle young people who are coping with loss find themselves fighting every day, that their peers don’t “get” loss, understand what’s to be expected, and in a sense, really don’t want to.

So for the past few years I used the word in a defiant sense. I wanted to take back and own its power, the way gay people have with “queer.”

However, really, if I’m talking about folks other than myself, and if I wish to include as many people as possible, I prefer to say “widowed people,” because in truth, what unites us is an experience: that of losing your partner.

3. How has your first marriage and subsequent loss affected your present relationship?

Mr. Fresh and I do talk about mortality pretty often, but that might not be so unusual in a second marriage in our 40s anyway, I don’t know. For both of us, we are very influenced by the failures of our first marriages: even though mine didn’t end in divorce, as his did, I think a lot about where Gavin and I would be if he’d lived and I see mostly the problems we had. I don’t have to keep making those compromises now that he’s dead. Don’t get me wrong, we were happy, but it’s five years after his diagnosis right now.

I think in general second marriages can have many advantages: at our age, both partners should understand their weaknesses and preferences fairly well, know how to compromise, be more pragmatic and less idealistic. In addition, unlike a young couple they don’t have to be concerned with what their families or communities think.

In some ways, my loss scarred me less deeply than his divorce scarred him – although my loss came far closer to ruining my (and my child’s) life and health.

4. Would you ever attempt NaBloPoMo again?

Yes! But not while I’m moving and trying to do a freelance job and starting up a couple of other interesting projects. That was just plain dumb.

5. If Heaven exists (which I believe, you believe), what would you like to hear God say when you arrive at the Pearly Gates? (I love this question from The Actors Studio Show)

It is a great question! I’m sorry to disappoint you but I really don’t believe in Heaven. But I do think it’s important to us all as we go through life to imagine that there’s some scale or evaluation at or near “the end.” I think many of the transitional periods we go through in life involve stopping at “weigh” stations and judging how we feel about what we’ve done so far, whether we’ve made a contribution. So to me, this is a question about life, not the afterlife.

And as a Unitarian Universalist I do tend to shy away from the single, omnipotent, Caucasian male deity. However it does make the storytelling easier.

So let’s say in my version it should be George Burns as St. Peter in a wing chair in front of gates that are truly pearly. What does he tell me? Truly the real God is an excellent listener. And I’m my own harshest critic. So let’s imagine he gives me a chance.

Supa! We’re happy to have you. There is chocolate. Let’s summarize what you’ve been through so far but please note, there are no wrong answers.

Were you loved? Oh yes.

Did you love? Yes.

Did you do the best you could do? Most of the time.

Did you enjoy yourself? Yes, thank you.

Thank you, and welcome.
Posted by Elise Crane Derby at 10:11 AM

Commenting on your interview, I would totally replace Barbara Stanwyck with Jean Arthur!
I so badly want to go to Australia!

I like Jean in Mr Smith Goes to Washington OK, But her voice always bugs me.
Yes Australia is wonderful. I went once more than a decade ago now, and I wouls love to go again.

Loved both interviews! I like this project and it allows people to be introduced to two new blogging voices. Good questions, good answers.

Forgot- totally true about your hubby; he rocks!