Blithe spirit is a Noel Coward comedic play that originally opened on Broadway in 1941. It has had several revivals. The premise as described by Center Theatre Group: Researching for his new novel, Charles Condomine (Charles Edwards AKA the ill fated Michael Gregson on Downton Abbey) invites the implausible medium Madame Arcati (Angela Lansbury) to his house for a séance. While consumed in a trance, Madame Arcati unwittingly summons the ghost of Charles’ dead wife Elvira. Appearing only to Charles, Elvira soon makes a play to reclaim her husband, much to the chagrin of Charles’ new wife Ruth. One husband, two feuding wives and a whisper of mischief in the air – who will win in Coward’s unworldly comedy? 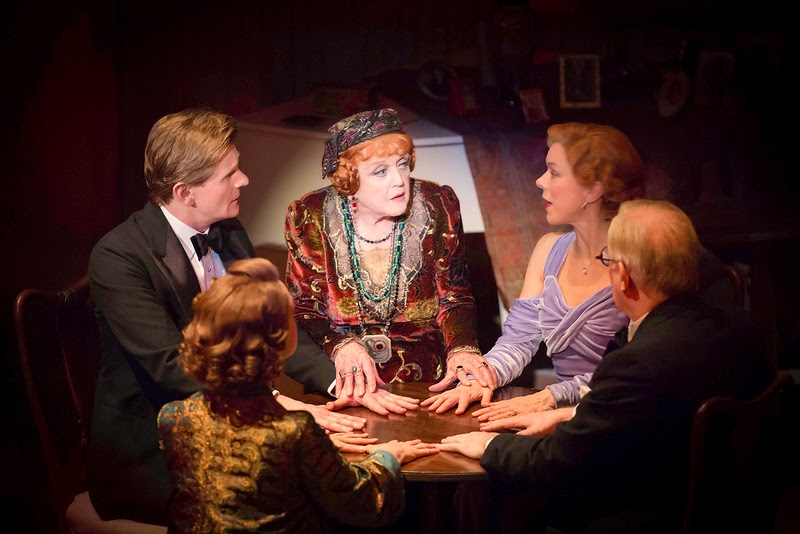 Angela won a Tony for her performance in Blithe Spirit in 2009. Her supporting cast have all starred along side her in either the 2009 Broadway production or Angela's more resent run of Blithe Spirit in 2014 on the West End in London.

This is Angela Lansbury's first time doing a play in Los Angeles in 30 years. So don't miss it. Who knows when she'll make it back out to us.

Tickets for Blithe Spirit go on sale September 24 and are available by calling (213) 972-4400, visiting www.CenterTheatreGroup.org, or in person at the Center Theatre Group box office at the Ahmanson Theatre.