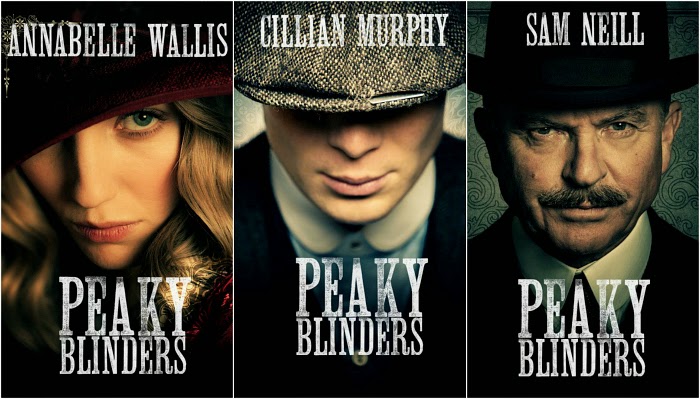 Netflix has acquired the BBC show Peaky Blinders and will be making the first season's 6 episodes available September 30. The second season will come out in November. It has a strong cast featuring Cillian Murphy (Inception, The Dark Knight Rises), Sam Neill (The Tudors, Jurassic Park) and Annabelle Wallis(Hugo, Harry Potter) .

The Peaky Blinders were an actual English gang who owned the streets of Birmingham from the late 1800s through the early part of the 20th century. If you look closely at the cap on Cillian's head in the above photo, their name came from habit of sewing razor blades into their caps to use as weapons. One head butt to their victim and they would be incapacitated enough to be relieved of whatever belongings could be turned to cash the quickest.

The series is set in 1919 with Thomas Shelby (Cillian Murphy) as the gang boss. Sam Neill plays Inspector Campbell, I'm guessing these two characters will be at odds all season. I've yet to see the show so that's really all I can tell you. Except that it has been very successful in England. Here's the trailer from Netflix. I do love the Nick Cave song that accompanies it!