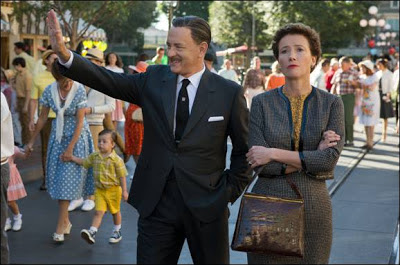 I'm excited about this new Tom Hanks film, Saving Mr. Banks. It's the story of the making of the film Mary Poppins. It stars Emma Thompson as P.L. Travers, the writer of Mary Poppins, and Tom Hanks as Walt Disney. With that cast it has got to be great. Walt and Ms. Travers seem to have very different visions for the film and I'm sure we'll have a great time watching them hammer out some compromises.

It comes out this December, but here's a peak at the trailer.