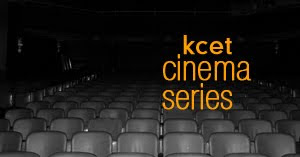 KCET is starting another of their Cinema Series October 25th at the Academy of Television Arts & Sciences in North Hollywood. If you aren't familiar with these they are screenings of films before they open in theatres with interviews and Q&A with the people that worked on the film. Sometimes directors, producers, writers, costumers, and even the stars! It really is great fun to be in the know. Here's the new KCET cinema series schedule
So if you're in the LA area check it out, they are on the Westside too so have a good look at the web site.

See you at the movies
Posted by Elise Crane Derby at 2:21 PM