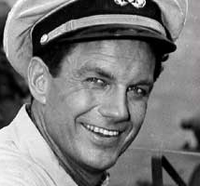 I am so sad to hear the passing of Cliff Robertson. He is in one of my favorite classic films Sunday In New York. If you've yet to see it, do it now.
He has so many great films, PT 109, 3 Days of the Condor, Picnic, just off the top of my head. I'm sure there would have been many more if it weren't for his black listing in 1977, due to reporting a forgery by a Columbia executive.
Still he had an amazing career, and I will continue to enjoy his films. I wish he could have been at one of the TCM Film Fests.

The following is a complete schedule of TCM’s Sept. 19 memorial tribute to Cliff Robertson (all times Eastern):