The Maze Runner - 4 Out of 5 Stars
By John Derby 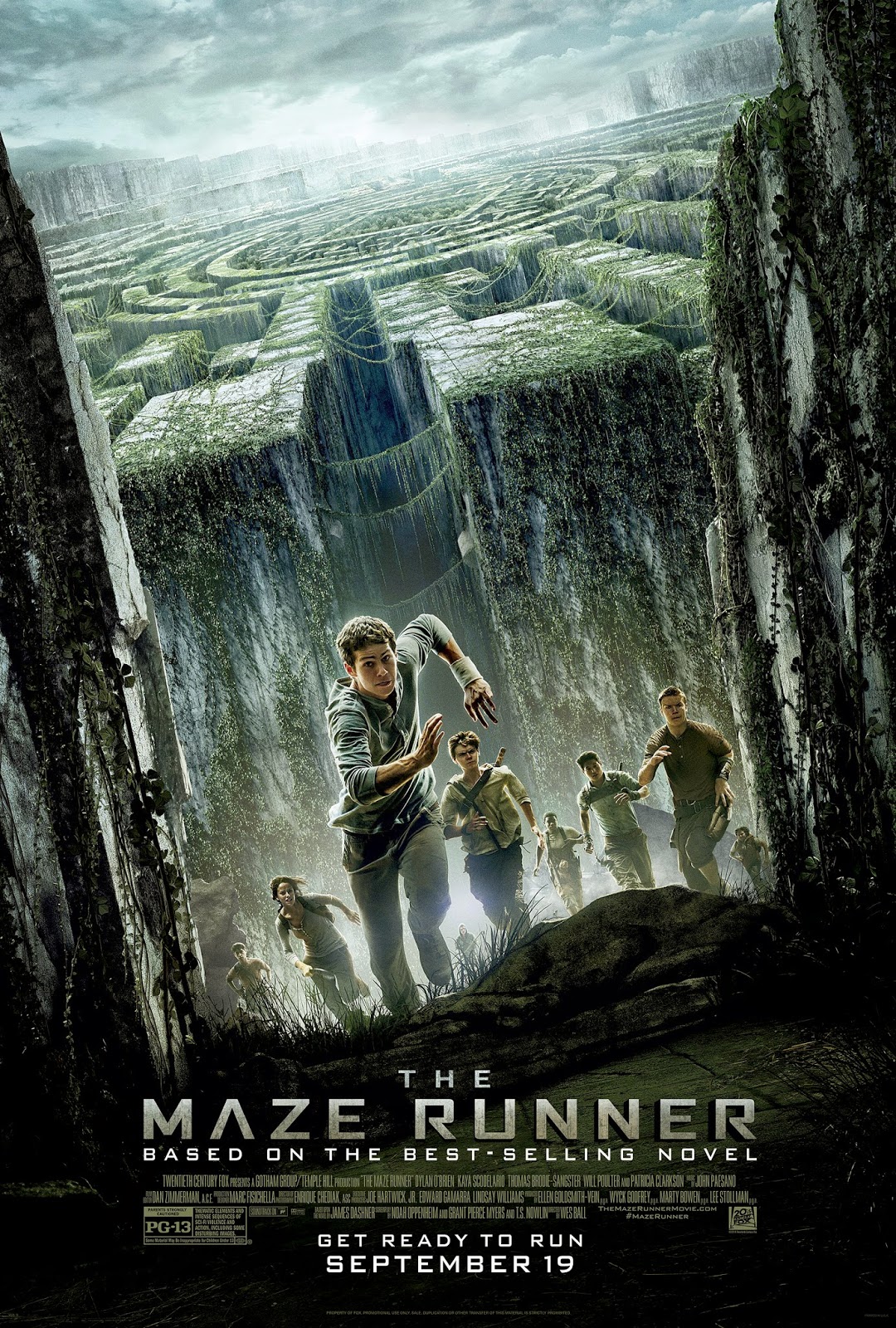 Opens Friday September 19th
I liked it.  The movie had a whole lot of adventure and action, and a story that kept me in suspense from the puzzling beginning to the unanticipated end.  The seamless special effects had me lost in the tiny world of a wooded glade surrounded by a circular maze. The maze has 100 foot tall walls, gargantuan gates that open and close with their own clockwork, and cyborg scorpion creatures that seem to police the maze when the gates are shut to the inner sanctuary of the glade.

The movie is about a group of teen boys that have had their memories stripped, and have been placed in the glade with a new boy and rations added each month.   The movie opens after boys have been accumulating for 3 years.  The protagonist of this movie, played by Dylan O'Brien (who I remembered from the movie "Internship"), is shown arriving via an industrial elevator which pops up through the ground.  Even with his memory erased, he is motivated to get the group out of the glade.  He quickly rises from low man on the totem-pole to one of the elite "runners", who are allowed to run through the mazes during the day in the hope of finding a way out. 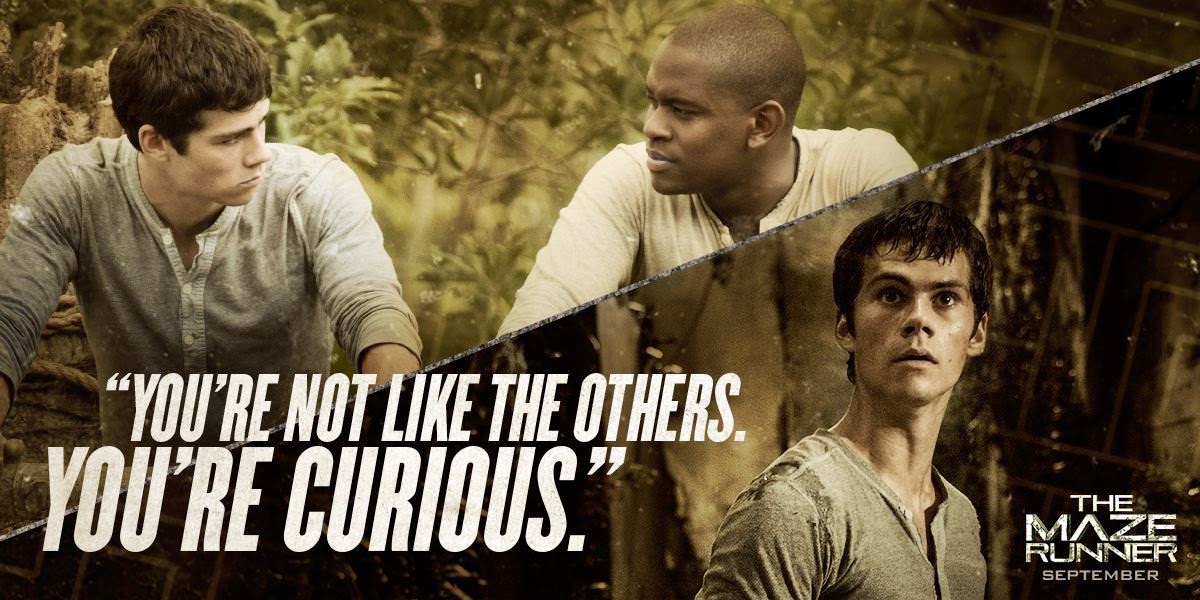 The story unfolds slowly, but always kept my attention. I didn't read the book, but a person who I saw the movie with said the story did not stray too far from the book.  As mysterious as the movie is, it seems the book is just as mysterious.  Halfway through the movie, a girl is brought in to the group, and I was pleasantly surprised that there were no romances or sexual situations added to a movie that did not need that. 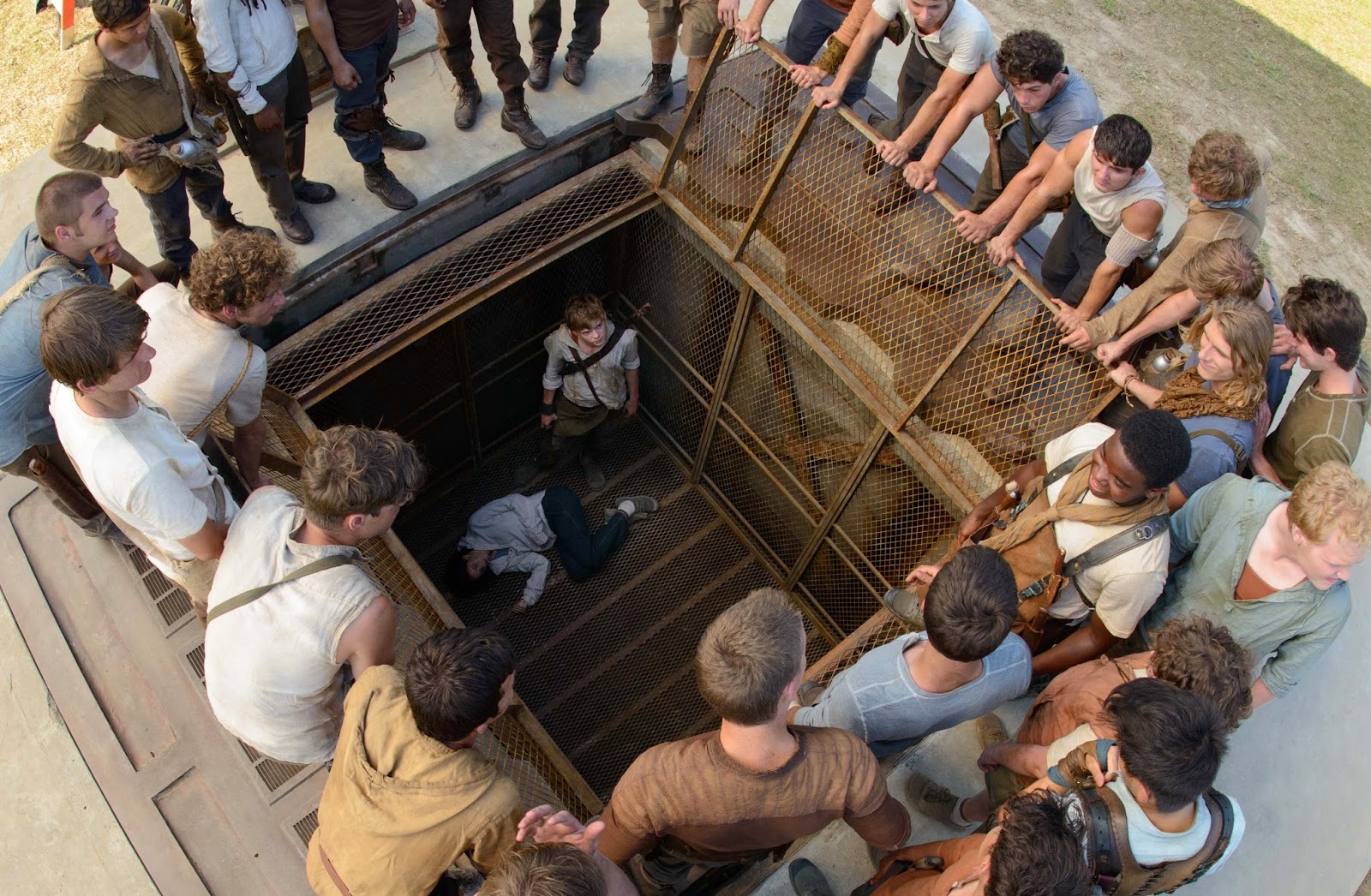 This movie earns the PG-13 rating.  There is violence, and the maze and the creatures that roam it provide a good level of scariness.  I would not recommend this movie for kids under 13, unless they are OK with that kind of suspense and carnage (like my 10 year old daughter).

Posted by Elise Crane Derby at 9:28 AM