By John Derby
9/14/2014.  We love rating donuts.  Last Sunday morning, we got up early at 6:30am, got in the car by 7am, and drove to the new Dunkin' Donuts in Santa Monica.  My 12 year-old Nephew was very excited.  He had heard the hype about its popularity, and with his appreciation for donuts he insisted that we try it. He was sure we needed to leave early to beat the 2 hour long lines.  Well, it turns out that 7:20am was not early enough.  The line was out the door, around the corner, and 200' down the street.  We did not wait, and travelled one block to Krispy Kreme donuts.


This Sunday we were motivated.  We got up at 5am.  Made it to Dunkin' Donuts at 5:45am.  Parked in front.  There was only a small line inside, maybe a 10 minute wait.  Service is really slow.  Not because the servers are slow, but because you can't see the donuts until you are at the register, and even then it is tough to see with several servers in the way. I think the biggest problem with the store is that the donuts are behind a 6' tall wall with fogged glass.  What are they thinking?  The menu (which is visible) doesn't help the donut selection, and mostly talks about breakfast sandwiches and drinks.


When it is our turn at the counter we have an on/off view of the donuts as the servers are constantly in the way.  All the donuts are labled with names that are not familiar.  A look up to the sign says donuts .99 cents, 6 donuts $5.49, and a dozen for $9.49.  So that must mean all donuts are .99 cents, right?  No.  Some single donuts are charged as two donuts.  I said I wanted to buy six donuts, and immediately the cashier rang up $5.49, and charged me.  Then we could make our selections, though we still had no idea what they offered yet. We quickly scanned the selection from afar, chose 5 donuts, two cake style, two raised style and a cinnamon roll (the cinnamon roll, called a coffee roll, is charged at the cost of two donuts). 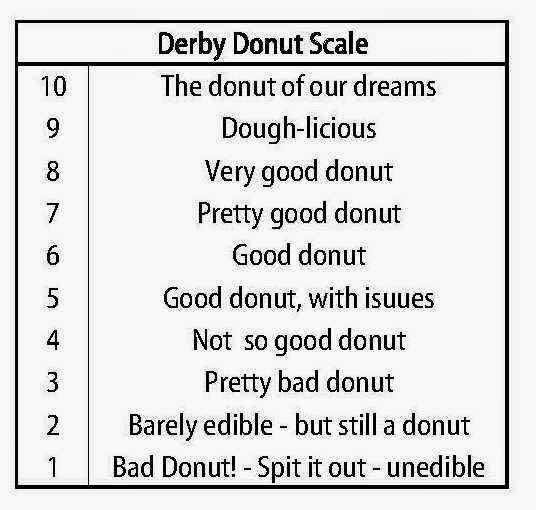 How We Do Our Donut Ratings
About once a month, we buy donuts from one or more donut shops to rate them. We test a cinnamon roll and take turns choosing at least one more donut from each store.  The donuts are taken home and tested by our three judges: My 10 year old daughter Lauren, my 12 year old nephew Sean, and myself.  We each rate each donut using the Derby Donut Scale (scale of 1 to 10) and the averages are used to rate the shop.  The table below shows each donut with its scores (the Dunkin' Donuts names are in parenthesis).


Comments from the judges 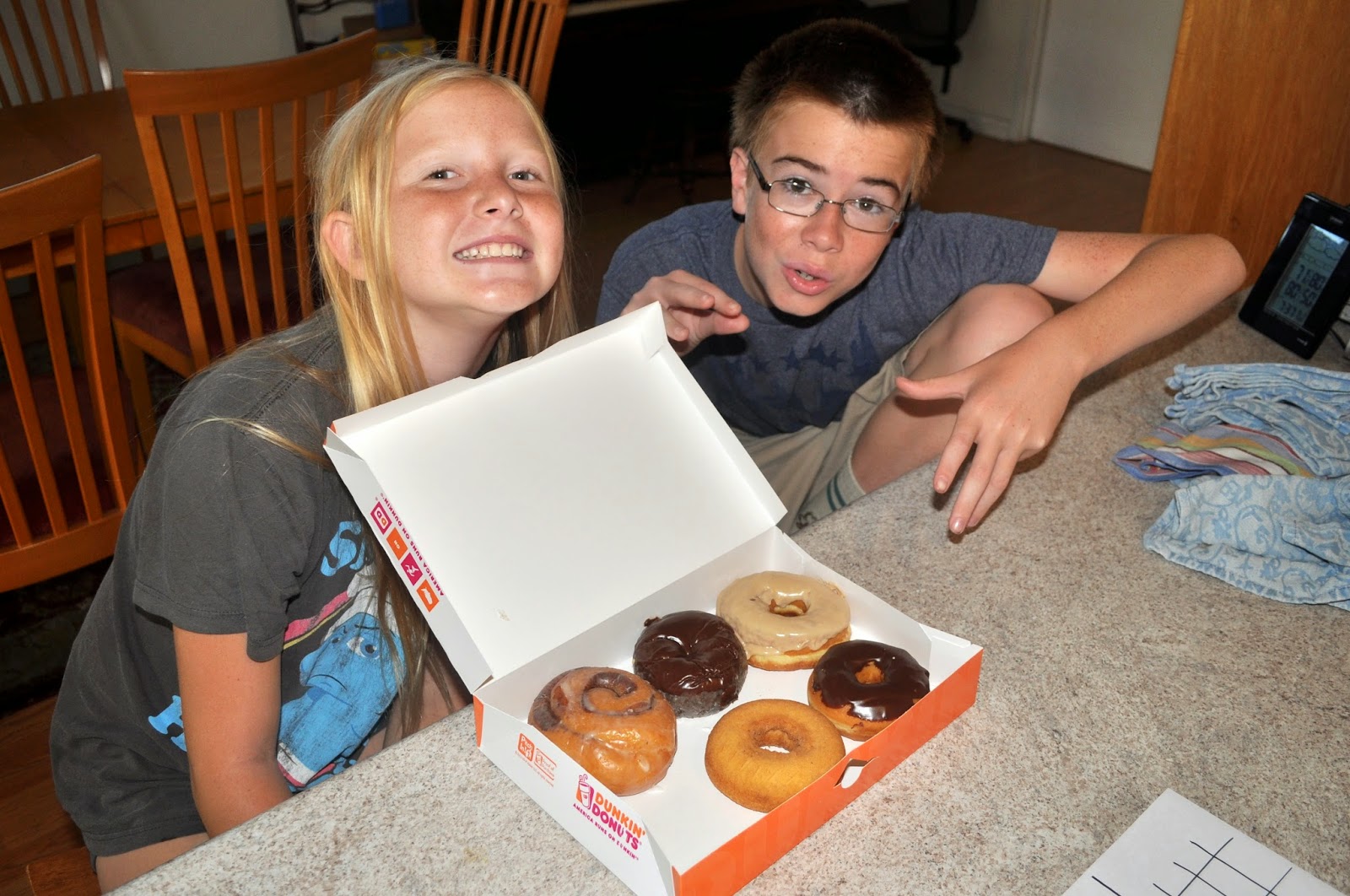 Lauren - I really liked their donuts


Sean - I would go back if the lines weren't so long


John - We tried both cake and raised donuts.  Usually the raised donuts are my favorites, but the dough in these donuts was not great. No softness or chewiness.  The plain cake was really good.

Conclusion - The donuts were pretty good, but not great.  Certainly not worth a long wait.