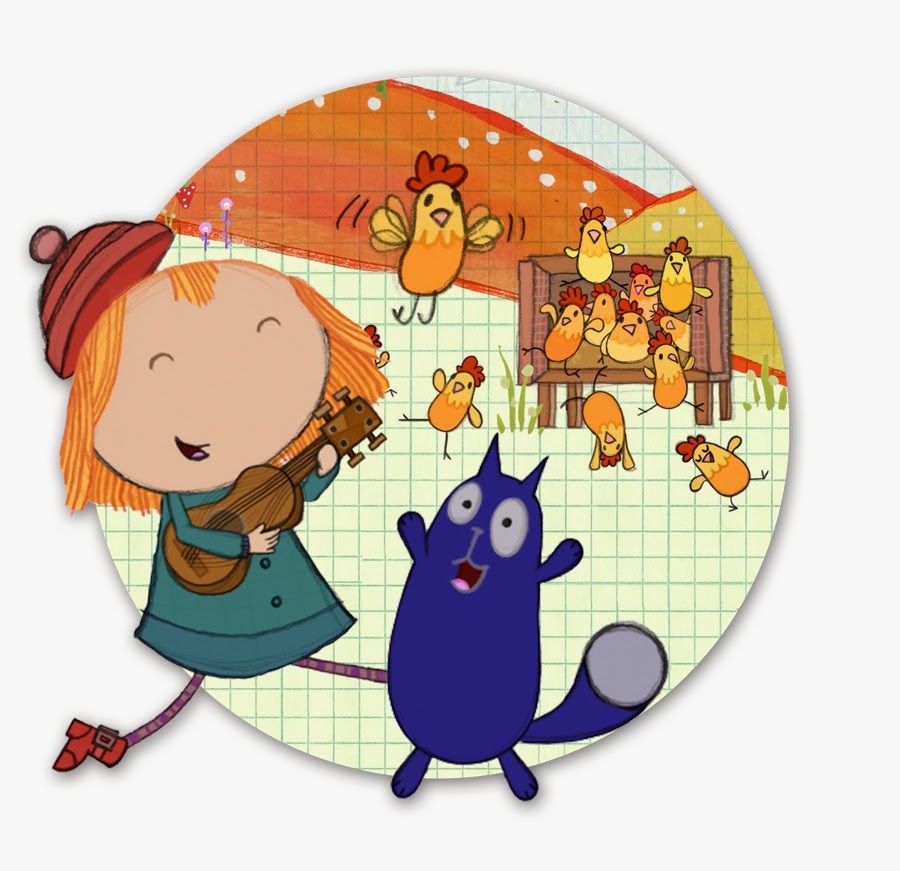 September 9th you'll be able to own 8 Peg + Cat stories from the PBS series on DVD. The DVD is called Peg + Cat: Chickens On The Loose And Other Really Big Problems. It doesn't exactly roll of the tongue but I think it definitely speaks to it's core audience.

As always Peg + Cat will find themselves with a challenging problem to resolve in each story. They'll work on a solution in their own unique way using problem solving skills and of course math. The series has an amazing ability to not only teach math skills but also resilience, trying again until you find your solution. Of all the skills children need to learn I would say resilience is probably the most important. It is hard to fail at anything. Peg + Cat help kids see it not as failure but just a step in the process to solving a problem. 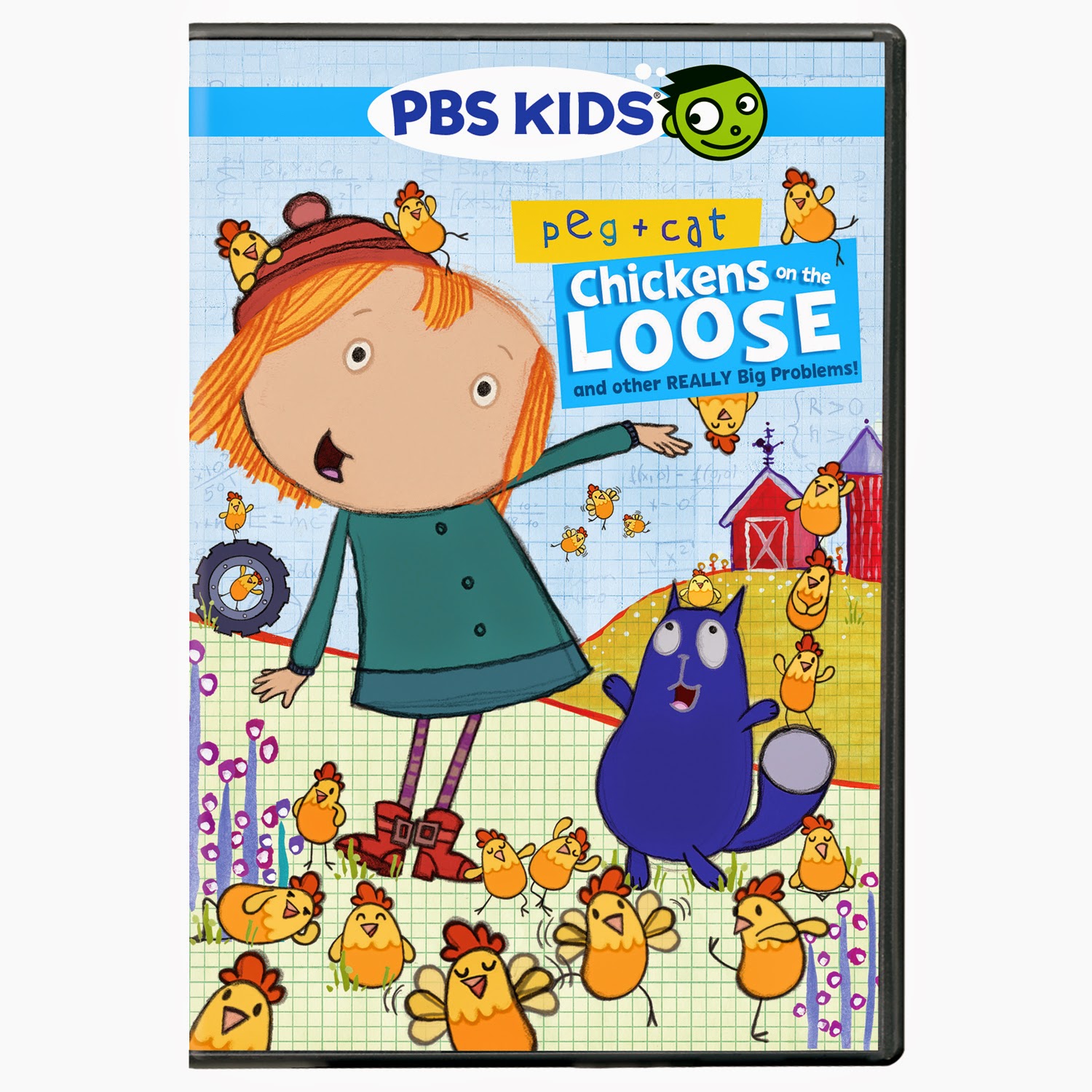 Peg + Cat: Chickens On The Loose And Other Really Big Problems is available September 9th $12.99

The episodes included are

The Chicken Problem:
Peg and Cat have to get 100 chickens back in the coop before the farmer sees.
Primary Goal: Size correspondence
Secondary Learning Goal: The number 100

The Giant Problem:
Peg and Cat must attempt a great escape when they think the Giants want to eat them and their 8 fairy tale friends for lunch.
Primary Learning Goal: Combinations that add up to 10
Secondary Learning Goal: Circle

The Dinosaur Problem:
When Peg and Cat get lost riding dinosaurs through a prehistoric forest, they use a diagram to find their way to safety before the Baby T-Rex catches up to them.
Primary Learning Goal: Following diagrams
Secondary Learning Goal: Patterns

In addition to the 8 stories the DVD also includes special features and printable coloring pages.

This is one of my favorite shows! Oh and the kid likes it too. Love it! #totallyfreakingout