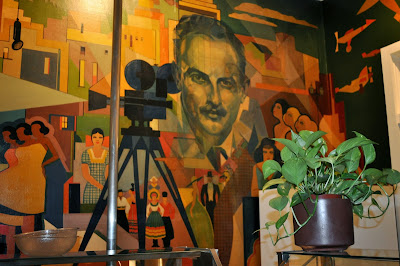 After many years of peering through the Fox Studio commissary windows at the beautiful and historic murals, I finally snuck got in today and got some pictures. The mural was painted in 1935 with a few additions in the year that followed. The Fox commissary mural is a map of all the places Fox had filmed and features cameos bysome of their biggest stars at the time Janet Gaynor, Will Rogers, Shirley Temple, and Warner Oland.

I've scoured the internet for more information about the mural and it's origin with little to no success. All the information I collected is in this post. If anyone has any further details please share in the comments. 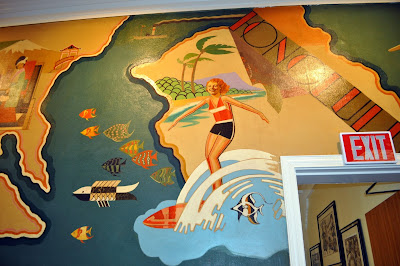 Janet Gaynor surfing in Honolulu, with close up below. 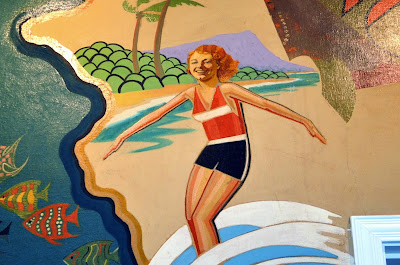 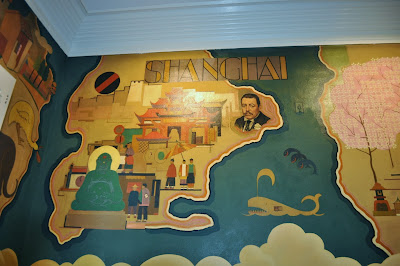 Warner Oland being remembered for his Charlie Chan role. 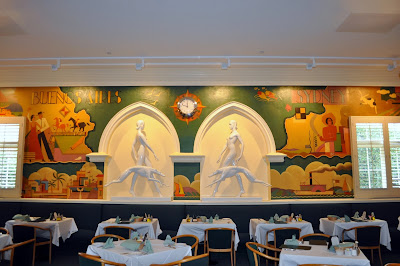 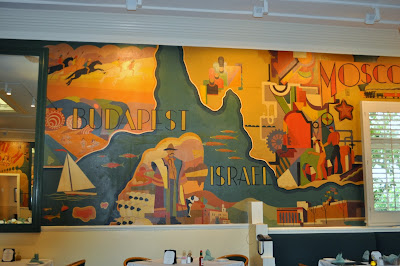 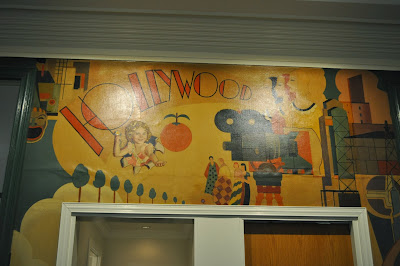 Shirley Temple welcoming everyone to Hollywood. Close up below. 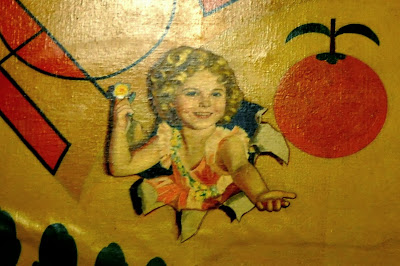 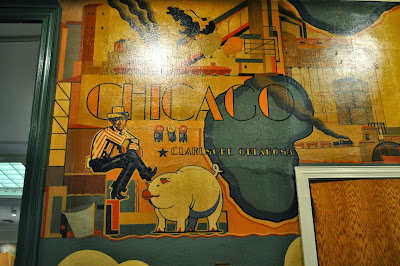 Will Rogers apparently never met a pig he didn't like, either. Rogers died in 1935, based on the lightheartedness, I'm guessing after this was painted 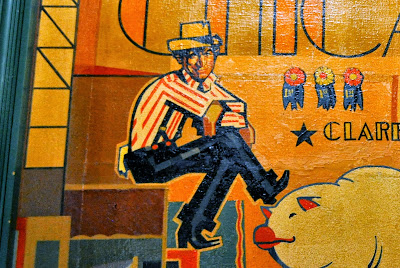 20th Century Fox studio has the oldest renovated commissary. I've been in most of the commissary and the others are all modern and without history. Hopefully, this one will stay just as it is forever.

Posted by Elise Crane Derby at 9:05 AM