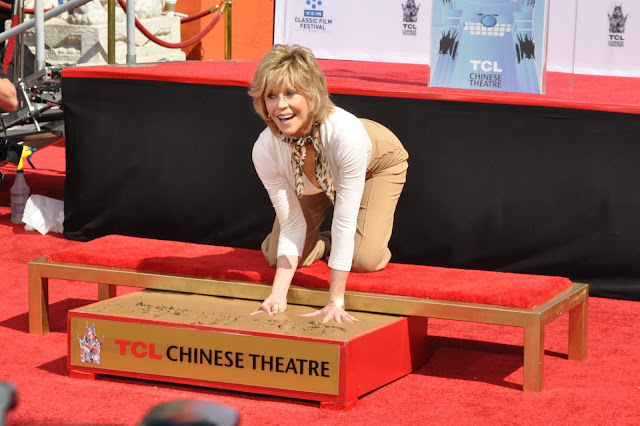 One of my favorite parts of the TCM Film Festival is the hand print ceremony at The Chinese Theatre. This year the honoree was Jane Fonda. She brought her personality to the print by doing one hand in a peace sign. You gotta love it. Jane's prints will go right next to her father's, which is so touching. 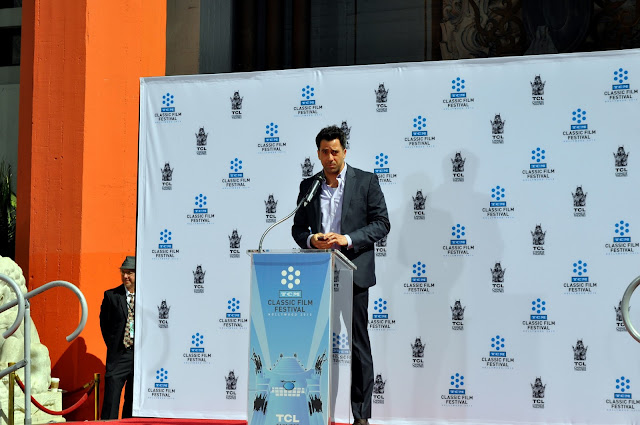 Jane's son Troy Garrity spoke about how meaningful it is to him to be able to put his hand in his grandfather's prints, who died when he was 9. Also how he hopes that young women will take inspiration from standing in his mother's prints. 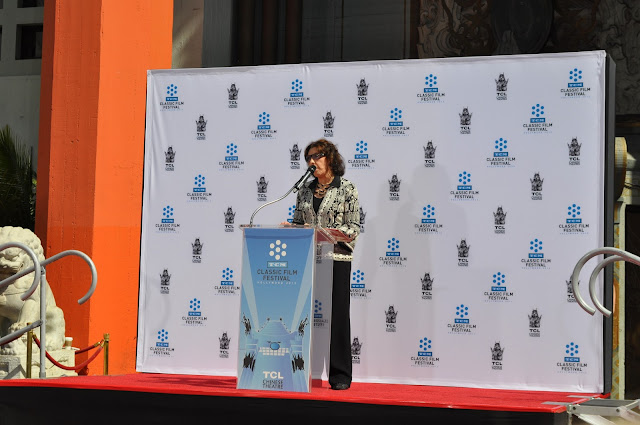 Next Lily Tomlin, Jane's 9 to 5 co star and close friend talked. Lily had the crowd laughing talking about Jane's frequent expression "we just have to make a leap of faith" saying that she does it so often it may be why she is in such great shape. Maybe we should all stay tuned for Jane's next exercise tape, Leap of Faith to toned thighs... 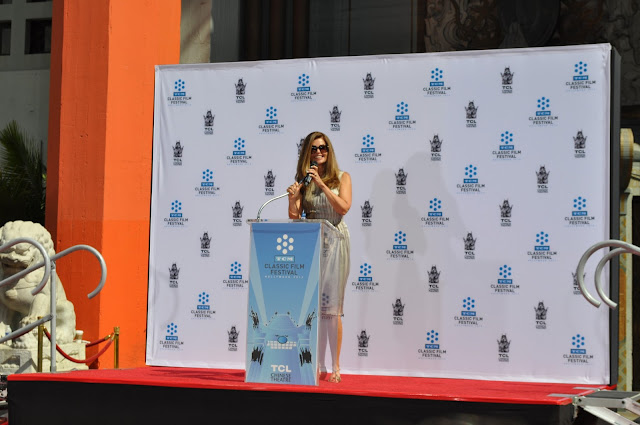 Finally the last speaker was Maria Shriver. She didn't give us any details but told us that she was 13 years old when she first met Jane. She went on to say that she appreciated Jane's example of coming from a famous family, and a famous marriage and coming through it whole. 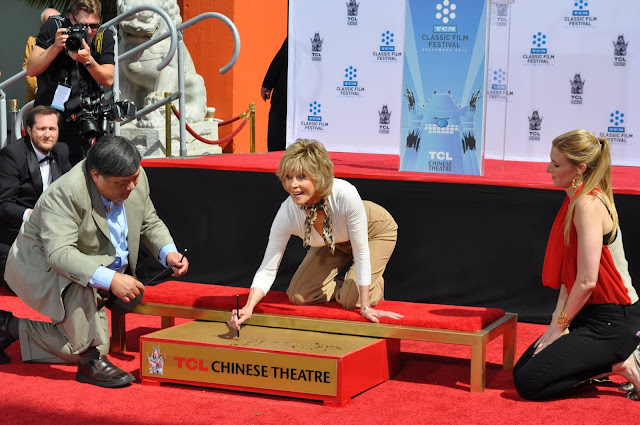 When Jane came out she talked about how she had hoped as a young actress to someday get to do her prints, but as the years went by thought that the only way she was going to get to do her handprints in this town was if they repaved the sidewalk in front of her house. 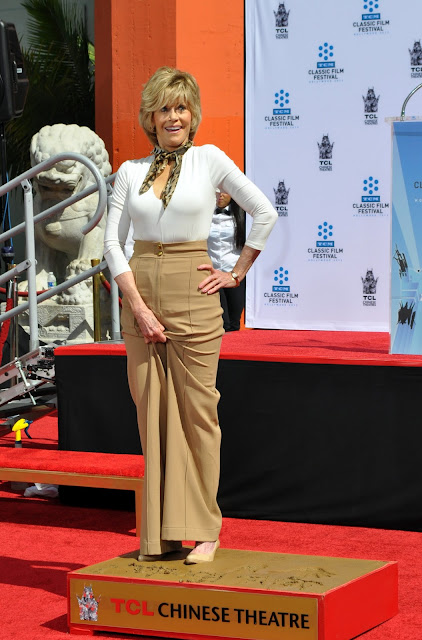 She was very emotional about having her prints next to her father's. She told us how her father had always warned her about letting people in Hollywood walk all over her. Joking that now everyone could walk all over both of them. 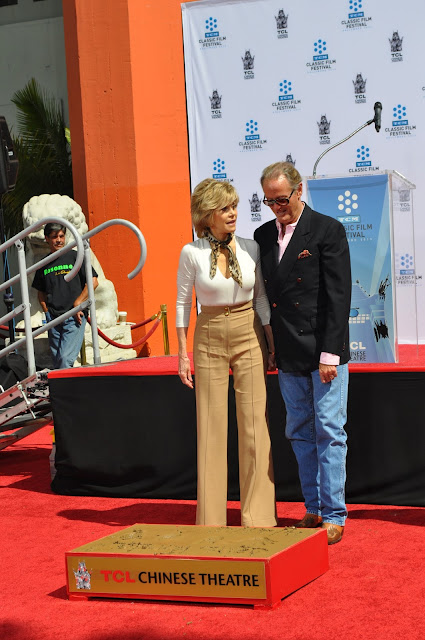 Jane and Peter admiring her penmanship. 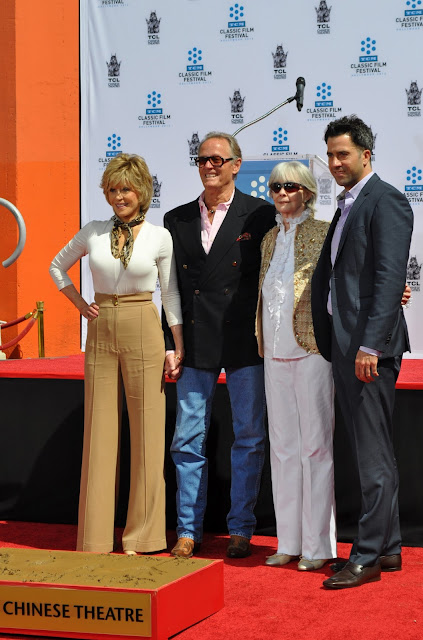 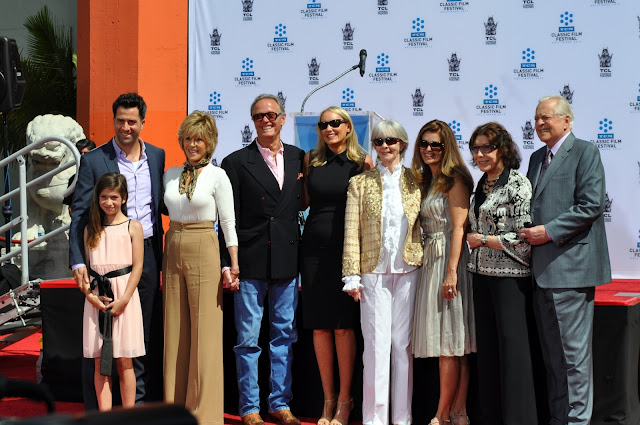 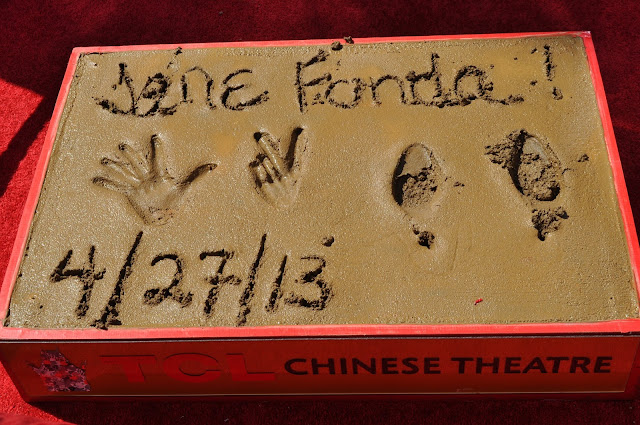 Great pics! We only saw from across the street- now I know what I was missing. : )

Such a fun day. I love the hand print ceremonies.

I’m impressed, I must say. Really rarely do I discover a blog that is both informative and entertaining, and let me tell you, you’ve hit the nail on the head. Your post is outstanding; the matter is something that not enough people are talking intelligently about. I am really happy that I stumbled across this in my search for something relating to this.