TCM has announced it's full line up for it's TCM Road To Hollywood tour. I love that they make this effort to bring classic film and it's stars to people around the country, as a build up to the amazing TCM film festival in Hollywood.

Hope it's coming to a town near you. Free tickets are available If you go I want a full report on Mitzi Gaynor. I love her! I may have to fly out to Chicago....

And just to keep us guessing they still have one date, city and screening to be determined. 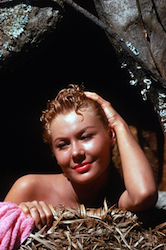 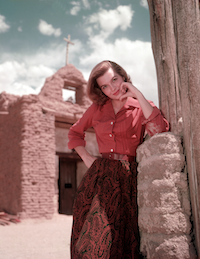 Yep! I'll be going to see RIO BRAVO with 650 of my closest friends at the Historic Texas Theatre in Dallas. Yes, THAT Texas Theatre - the one where Lee Harvey Oswald was watching WAR IS HELL when they arrested him in 1963.

So it will be interesting to see Angie Dickinson there with Ben Mankiewicz that night. We can't wait!!

So jealous. I love Angie Dickinson. see my post about meeting her a year or so ago. http://elisesramblings.blogspot.com/2012/03/angie-dickinson-at-tcm-film-festival.html
I'll look forward to hearing about it when I see you at the film fest.