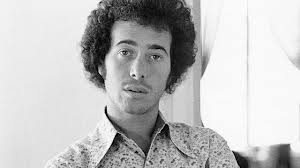 Tonight on PBS American Masters: Inventing David Geffen premieres. He has had such an amazing life, full of colorful people and over the top successes. It's a fascinating story and really comprehensively told by those who were there. Watching his nearest and dearest try to find diplomatic ways to describe him is entertaining in itself.

Last Summer I was at the PBS press tour when a room full of experienced journalist tried to interview Geffen and it was excrutiating. Geffen was in no mode to answer questions with anything more than a yes or no. By the end of the hour I think I had developed an ulcer. So this American Masters bio is probably your best chance to get a sense of David Geffen's life.