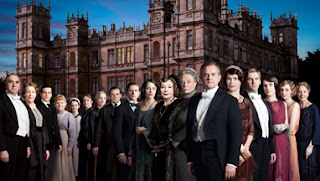 So excited to have heard  tonight that Downton Abbey Season 3 will be returning to PBS Jan. 6 2013. We were also treated to a trailer that showed the family having very serious financial problems. Also Mary and Mathews marriage may be on the ropes. Finally, there were some great exchanges between the always fabulous Maggie Smith and Shirley MacLaine in the role of Cora's mother,Martha Levinson.

Apparently the trailer hadn't been seen by anyone but PBS staff until last night. After the trailer there was a cocktail party with the cast. 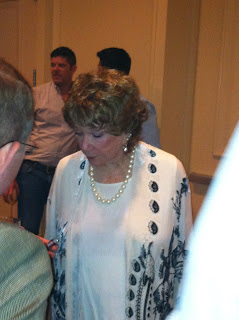 My first mission was to get to talk with Shirley MacLaine. She was very animated on the panel. I asked her if she had any plans to attend the TCM Film Festival. Neither she nor her representative would confirm anything other than she's been asked and has been out of town in years past. I begged a little and hope it will get her there.

Shirley had a great idea for the show. She suggested that if the Crawleys do lose all their money they should come to America to live with her character, Martha Levinson. I'd love to see that. 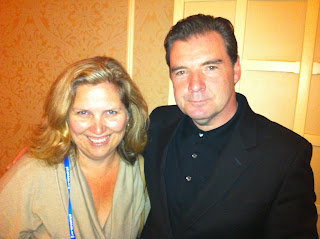 Then I was very happy to have a picture with Mr. Bates/ Brendan Coyle who was lovely. He also revealed that when he took the Facebook Downton Abbey, which character are you quiz meme, he was Mary. 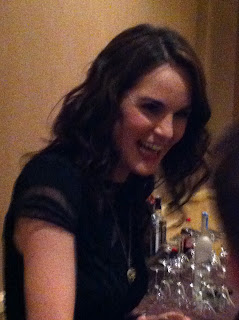 Here is a picture of Mary Crawley/Michelle Dockery having a laugh with party goers. She seemed really fun and open to all the guests. But I didn't get a chance to speak with her personally. 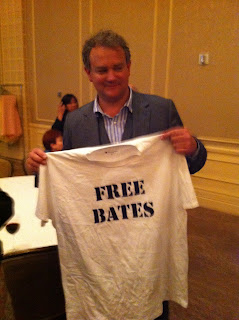 Finally, here is Hugh Bonneville/ Robert Crawley showing us his Free Bates tshirt. I wish the trailer had revealed more about Bates' future. But I will have to wait till January.

If you've somehow not seen the show you have a few months to get caught up. I think I'll rewatch them too, just to be uber up on all the comings and goings and ups and downs at Downton Abbey.