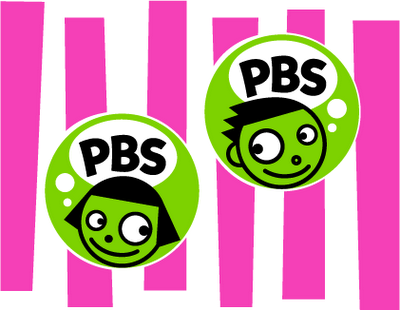 In celebration of Earth Day PBS is airing children's programming promoting exploring the outdoors. Programs will include week long themed programs listed below as well as a new episode of Arthur about Earth Day on April 16th. Leave it to PBS to encourage our kids to turn off the TV and go outside. But I recommend letting them watch these first, or at least while you get dressed

This special week features five episodes all about venturing outside to explore the wonders that are as close as your own backyard. The week concludes with the premiere of a new episode, “Flight of the Pollinators,” on Friday, March 30, which explores the amazing delivery system of plants and their animal partners.

This encore presentation of four “Nature Trackers” episodes of DINOSAUR TRAIN includes “Stargazing on the Night Train/Get Into Nature!,” “Shiny and Snakes/Tiny Flowers,” “Buddy Explores the Tyrannosaurs/Rainy Day Fight” and “That’s Not a Dinosaur/Tiny’s Garden.” The story lines follow Buddy, Shiny, Tiny and Don as they make their own discoveries in nature.

The episodes encourage kids to get outside, get into nature and make their own discoveries.

During this special week, everyone’s favorite monkey dabbles in a range of activities – from radio DJ-ing, to painting, to building a home for a squirrel. The week includes three premiere episodes – “DJ George/Curious George Paints the Desert” on Monday, April 16, “No Knowing Gnocchi/Here Comes the Tide” on Wednesday, April 18, and a special Earth Day episode, “Junky Monkey/Jumpy Warms Up,” on Friday, April 20.
Posted by Elise Crane Derby at 8:42 PM