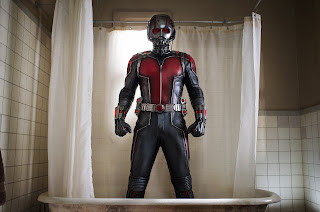 The movie Ant-Man has the look of a cheesy action flick in the trailers, but instead, it shines as a funny story-driven action movie.  Using characters that have been at the core of the Marvel Universe since the early 1960's, we are introduced to a likeable Paul Rudd playing Ant-Man.  With the help of a special red suit, the character shrinks to the size of ants (or smaller), grows back to normal size, and can talk to ants. 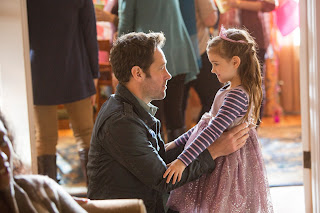 The characters turned out to be well written and well acted.  When I first heard Paul Rudd would play the title role, I was worried that he might be a bad fit.  I was wrong, and he was great (I had similar fears with Robert Downey Jr. as Iron Man).   Michael Douglas is perfect as the creator of the Antman suit, and the three bumbling sidekicks were great fun and I am sure they will make the next movie. 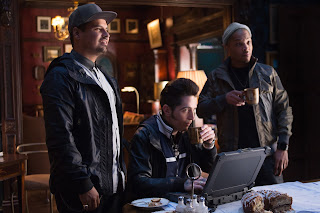 Again, the movie is good. Some scenes will likely be remembered as classic by many (like the scene with the Thomas the Train set).  The effects on action scenes using size changes were seamless and believable.  The movie also had a great soundtrack. 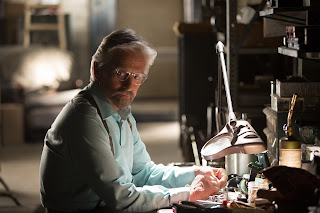 My wife groans every time she hears about another superhero movie, whereas I am a fan of this genre. We both agree that this movie was good fun and we look forward to seeing it again.
Posted by Elise Crane Derby at 12:00 AM