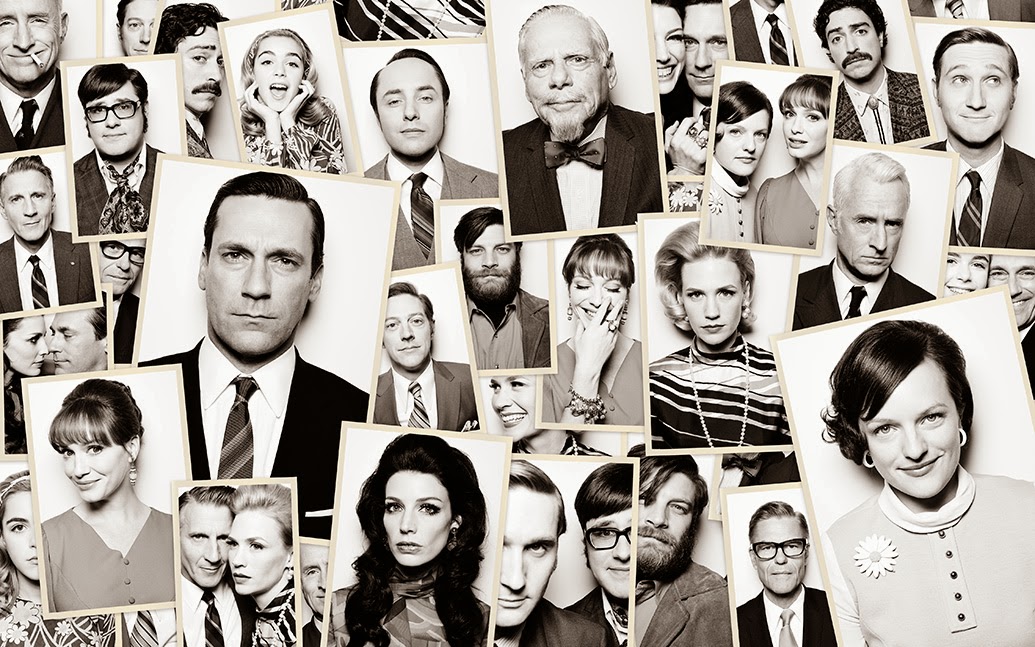 Last night's episode of Mad Men The Runaways was so busy, even if we only saw a handful of our characters they were all up to so much. We also got to see a character we've been talking about but haven't seen in a long time.

First off there is Lou Avery's comic book or strip or whatever that was about Scout the inept recruit. When he defended it mentioning Under Dog written by Danser Fitzgerald's Chet Stover, it reminded me of Pete's effort to be a writer like Ken several seasons ago. Though I think Pete was trying to be arty and I think Lou just covets the extra income. Still it allowed the boys in the art department ample material for their boyish camaraderie. Unfortunately, for Stan it may have left him in the dog house with Lou.

Don seems to have made peace with Peggy and is doing the work to climb back up the latter of respectability. I wonder how long Meredith is going to last as his secretary, after that dictation scene, where he first spells a word for her and then feels it necessary to tell her he spelled it so she would know how to spell it and don't spell it out in her typing. YIKES!

Sadly this episode marks what we all have know was coming for Ginsberg for a long time, almost since the character was introduced, his totally schizophrenic break. I hope that they will somehow keep his character in the show. Although, if wetting your pants gets you fired, I'd imagine cutting off a nipple is a pretty permanent farewell at SC&P. I doubt anyone was surprised to see his exit on a gurney. Stan was sweet to go down in the elevator with him and I, for one, think this will bring Stan and Peggy closer together. Peggy who is spending her Saturday night watching TV with the kid neighbor from upstairs.

Calling in from the left coast we find Stephanie, Anna Draper's niece, calling Don for help. She is very pregnant and dirty. Don is happy to help and sends her off to Megan (FYI it would be a very strenuous walk from the Capitol Records Building to Laurel Canyon). Megan on the other hand is very threaten and sends her packing with a hefty check for $1000. Megan continues to seem less than confident at her party when Don doesn't notice her dancing with another man. Finally after the party is over Megan arranges a three way to get Don's attention. Even there she has to convince him. I'm still expecting to see Megan offed by the Manson Family any episode. I wonder if Don will notice?

Betty and Henry seem to really be struggling, Betty and Sally get to have one of their touching mother/daughter shouting matches, and Bobby wants to runaway. Also Don gets a tip from Harry Crane, of all people, that may save his job at SC&P but I'll save all that for tonight's Mad Men Podcast which we'll tape tonight at 5pt/8et join us at Mad Men Podcast Live.

Stephanie said she had a car, so no hiking to Laurel Canyon.

Well that's a relief. I must have been in a bit of a mother's day fog last night and missed that.