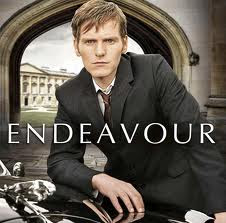 PBS is airing the first season on Endeavour Sundays in July. Endeavour is the prequel to inspector Morse. You may remember back in 2011 they aired the pilot, that I loved.


Before Inspector Morse, there was the rookie Constable Morse, fed up with police work and ready to nip his career in the bud by handing in his resignation. That is, until a murder turned up that only he could solve.
Following on the success of the 2011 Endeavour pilot, Shaun Evans returns in four new episodes as the young Endeavour Morse—before his signature red Jaguar but with his deductive powers already running in high gear. Set in 1960s Oxford, Endeavour, Series 1 is written by Inspector Lewis creator and Inspector Morse writer Russell Lewis.

I really loved the pilot. If you're catching this after Sunday you can watch Endeavour online here.
There will be 4 90 minute episodes in all. See below for desriptions
Girl - Sunday, July 7th
DC Endeavour Morse (Shaun Evans) must use his unconventional and unpopular intellect to connect burgled gas meters, the sudden death of a secretarial student, and a string of post office robberies, and solve a pair of violent murders.
Fugue - Sunday, July 14th
Endeavour, demoted to "general duty," meets his intellectual – and cultural – match in a new kind of serial killer haunting the Oxford twilight with cryptic clues and a disturbing love of opera.
Rocket - Sunday, July 21st
A royal visit by Princess Margaret to an Oxford munitions factory may exclude the unwelcome Endeavour Morse, but even Chief Superintendent Bright's highest security cannot exclude murder.

Home - Sunday, July 28th
A visit to his ailing father draws Endeavour away from Oxford, his pending sergeant's exam and the investigation of the hit-and-run accident of a classics professor. But murder draws him back.
Posted by Elise Crane Derby at 8:49 AM

I am in a bind. I recoreded episode four of "Endeavour"Home and my PBS station went off the air with five minutes left. I would appreciate if someone could tell me "Whodunit". My not knowing the killer is very frustrating.