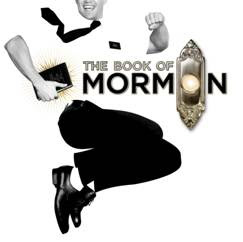 Book of Mormon is coming to LA's Pantages Theatre in September! It hasn't been announced when tickets go on sale, but I'll let you know as soon as I hear. The show is only running 12 weeks, and I wouldn't be surprised if it sells out every show. With that in mind I'd buy tickets as soon as they go on sale.

Just FYI I have heard that the show can be a bit....what's the right word....to put it nicely let's say irreverent. I guess if you've seen South Park (Trey Parker and Matt Stone created South Park and Book of Mormon), you know what you're getting yourself in to. I think it's going to be amazing, but you should know what you're signing up for.

A few of us were talking about the prospect of this happening at the MomsLA Holiday Party. This make me very happy. Tho I guess I should start saving my pennies now!

I know me too. Gotta see it though!