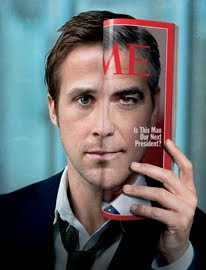 I gleefully went to see a screening of The Ides Of March starring George Clooney last night. It was great! As I prophesized it would be in my previous Ides of March post
If you were following my tweets, you know I noticed a lot of bird imagery in the film, and had no idea what it meant. Thanks to @TheRedan3553, I now know that birds were used as an omen that Julius Caesar would die on the Ides of March. Who knew right?
Well, if any of you Julius Caesar scholars out there see the film and can add any other interesting tidbits, Please leave them in the comments.
Thanks!
Posted by Elise Crane Derby at 8:09 PM