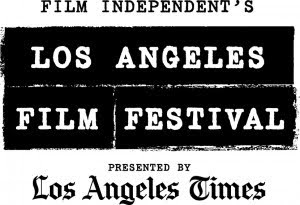 I am so excited to have been invited to attend the 2010 LA Film Festival. It runs June 17-27 and kicks off with the film The Kids Are All Right, which I've been harrassing Focus Films to let me see a preview of.

There are so many great movies and conversation to see in the one week. I'm sure I'll be even more exhausted than I was after the TCM Classic Film Festival. But it will be worth every darker shade of bag under my eyes.

I also have 5 pairs of tickets to give away to the LA Film Festival. These tickets are good for one film (excluding opening and closing films and Eclipse) and entrance into the Film Festival Lounge that day.

If you'd like to enter to win just leave a comment on this post. I'll draw a winner June 1st, which is the day tickets go on sale for the LA Film Festival.

Good Luck!
Posted by Elise Crane Derby at 10:37 AM

was i drunk when i wrote that five minutes ago? what i meant to say was "i have win something at some point and i've always wanted to to the LA Film Festival."

I waanna go, too! Plus I just took vicodin and a muscle relaxant so I really could use some good movies to look forward to!

I would LOVE to go! I've been to Sundance twice but never in my own backyard. (Sad, hunh?) I'd like to take my mother in honor of her 3rd place win in her first 5k run ever--at age 60!

Would LOVE to go!!!
We discovered My Big Fat Greek Wedding at the Newport Beach Film Festival many years ago. LOVE find the small movies that hit it big! Go little guy movies.

I would love to go!

Everyone wins with the one exception of Los Angelista. Sorry Liz. LA Story is also running this contest so head over there and get another chance.

Ohh..Liz you may be in luck. Looks like Deanna didn't leave any contact info. If I don't hear anything back from here in the next few days the tickets will be yours.
I'll keep you posted.