Girls Night Out with the Geffen 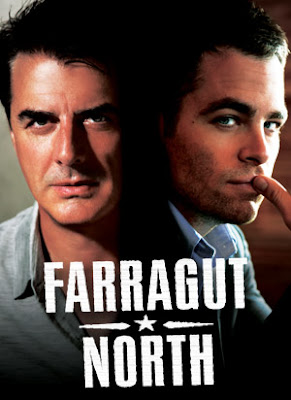 Here's a great offer from the Geffen Playhouse for their show Farragut North, starring Chris Noth (Mr. Big on Sex in the City) and Chris Pine (Star Trek). It's a one night only post show party on July 2nd at the Luxe Sunset Hotel that is included in the ticket price.$30 ticket per person for July 2nd, no ticket limit. 7:30 pm curtain. Need to stop by the Girls Night Out check in table set in the lobby to pick up after-party wristbands.
Use offer code: FNBGG30. code must be mentioned at time of purchase. All handling fees waived. Valid only by phone at our box office (310) 208-5454, 7 days a week 12 noon - 6:00 pm.
Just as an aside and not to look like a Chris Noth stalker, he will also be starring in a new show this fall on CBS called The Good Wife, co-starring Juliana Marguiles. I don't know much about it yet but will hopefully be receiving a screener of it soon and will be able to pass on more then.
Hope to see some of you at this girls night out, I have both fingers crossed Noth will show up, just because I respect his acting, not because I'm stalking him. Is it bad that I mentioned stalking him twice, now three times in one post??
Posted by Elise Crane Derby at 9:21 AM

I'm hopefully going to see it tomorrow...I'll let you know if it's good--not that it matters!!!