Only in a Woman's World 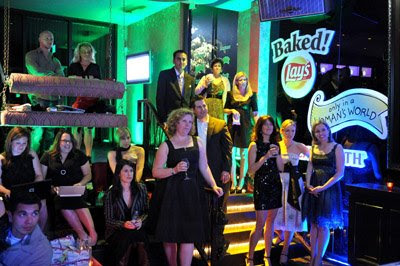 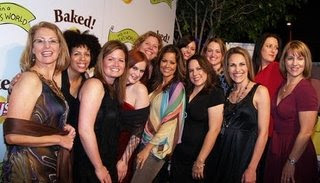 Here I am at the premiere of the Only in a Woman's World ad campaign for Frito Lay. I know it looks like I snuck in, in the group shot. The pap's kept saying they couldn't see me. So this is the picture where I jumped. Course now I wish I had made more of an effort to be in the shot, cause when this was on The Insider last week all you could see of me was my fluffy hair and a bit of my big nose.
I've included a picture of me in the party (at Coco De Ville in STK) so you know I didn't get booted out. It was very fun and I met some very interesting people, including Brooke Burke(of Dancing with the Stars) and Mel B. (AKA Scary Spice).

They're premiering the ad today. I don't have all the details, but apparently there is a chance to win something if you follow them on Twitter.
Posted by Elise Crane Derby at 2:44 PM

Email ThisBlogThis!Share to TwitterShare to FacebookShare to Pinterest
Labels: brooke burke, Elise Crane Derby, frito lay, mel B., only in a womansworld

Mansour Engineering have a refined understanding of client and market priorities in all facets of mechanical, electrical and civil engineering from engineering assessments and studies through typical and specialized design commissions, document production, contract administration, design/build, energy studies, field inspection and supervision, to building systems commissioning and consulting services for building operations.