Did you ever want to know all there is to about film noir? Yeah, me too. This summer we will have our chance to study with the master of noir Eddie Muller among others. TCM will be airing 24 hour noir films every Friday in June and July, with Eddie introducing those in prime time. That over 100 Noirs airing on TCM beginning this Friday.

"Our film noir programming slate will trace the evolution of noir from its cinematic origins to its influence on more recent films," said Charles Tabesh, senior vice president of programming for TCM. "We are thrilled to be able to bring our fans this extensive programming slate and to be collaborating with Eddie Muller, who is one of the foremost experts on the genre and a noir film preservationist.” 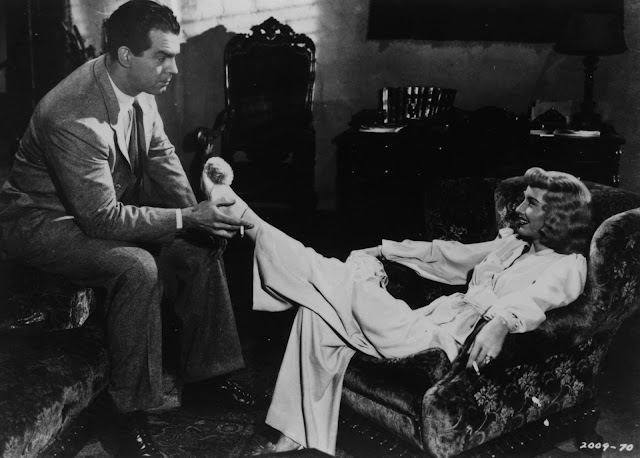 In addition to the 24-hour on-air programming, fans will also have the opportunity to experience film noir on the big screen when TCM, Fathom Events and Universal Pictures bring Billy Wilder’s noir classic, Double Indemnity (1944) starring Fred MacMurray and Barbara Stanwyck to theaters across the country on July 19 and 20.

If all that weren't enough you can also join an online university course, Into the Darkness: Investigating Film Noir. The free, nine-week course will be offered on Canvas Network and will be taught by Richard Edwards, Executive Director of Ball State’s iLearn Research and film noir expert. The course, designed in part with TCM’s Summer of Darkness Programming event, will bring together an online community of film noir students and fans to learn about the genre and its place in cinematic history.

The course will feature:

Courses officially began June 1st but you can jump in now. So sign up and become a walking talking noir encyclopedia. It's bound to make you the life of any party. Definitely any #TCMParty.

Posted by Elise Crane Derby at 9:36 AM