UPDATE: TCM Film Festival tickets will go on sale to the public November 13th at noon. Passes can be purchased exclusively through the official festival website: www.tcm.com/festival. A limited number of festival passes will also be available to Citi cardmembers via an exclusive online only presale at www.citiprivatepass.com. This exclusive presale begins at 10 a.m. (ET), Tuesday, Nov. 11, and ends at 10 a.m. (ET), Thursday, Nov. 13.


TCM Classic Film Festival 2015 is celebrating it's 6th year and will be held on March 26-29. The theme this year will be History According to Hollywood. Which should give them a lot of film to choose from! Here's their description.

"The Old West. Medieval England. Ancient Rome. Hollywood has found endless inspiration in re-creating historical moments and bringing to life the heroes and villains of the past, creating a form of time travel for audiences through the ages and around the world. These films, however, are not always true to the historical record. Filmmakers have often created works about the past that are a reflection of the period in which they were made, or change facts to suit a particular storyline. The 2015 TCM Classic Film Festival will explore how cinema has shaped how we view – and remember – history."

We have our lovely, and both looking pretty cool too, hosts Robert Osbourne and Ben Mankiewicz.

Tickets will go on sale in November. The pass levels will be:

Palace Pass
$299 – Includes access to all screenings and events at the TCL Chinese Theatre (excluding the opening-night red-carpet gala) and the Egyptian Theatre Friday, March 27 – Sunday, March 29, as well as poolside screenings at the Hollywood Roosevelt Hotel.

In past years individual tickets have been available. I have yet to hear if this will be the case this year but here is how that worked last year.

UPDATE: Individual passes will be available at the prices listed below


I wouldn't miss it for the world! The experience of seeing great films, in great old movie palaces, sometimes with interviews with cast, directors, or producers, and add to all of that an enthusiastic audience of Classic Movie fiends it's unparalleled.

As we get closer to the date of the festival I'm sure we'll get announcements about film selections. I wouldn't be surprised however if the opening night film remains a secret until painfully close to the festival. In an interview I did with TCM head programmer, Charlie Tabesh, he told me that in the early years of the festival they felt the audience needed to know what they were signing up for. But now that the festival is established and more of a known quantity audiences know what to expect. TCM feels they can allow more time to lock down the Gala opening night film and celebrity guests. It's hard on those who are deciding which pass level to purchase but ultimately probably makes for a better opening night event. 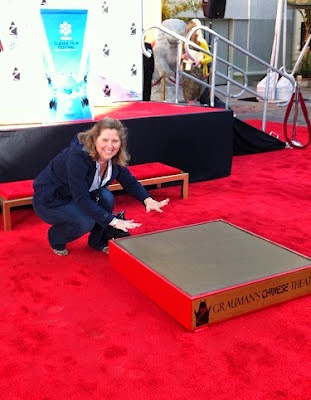 It really doesn't matter whether it's your first time or you've been to every single one, the experience is that of a class reunion. Everyone has this one thing in common and are happy to talk about it as long as you want. I've had so many priceless experiences over the years, meeting Ernest Borgnine, munching cookies with Tony Curtis, test driving Kim Novak's hand print cement.
If you love classic film it really is the ultimate experience. Tickets go fast so be sure to get yours ASAP and book your hotel now, especially if you want to stay at the historic Roosevelt Hotel , site of the first Academy Awards and the TCMFF official club house, where many events take place.


Other Hotels in the area