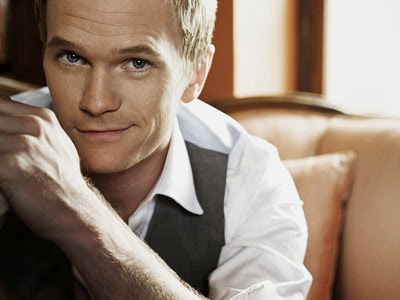 Yesterday it was announce Neil Patrick Harris will be the host of the 2015 Academy Awards!

As you, faithful readers, might remember I mentioned 2 weeks ago in my review of Gone Girl my desire to see more of him.

"If I had one complaint it would be that we don't get nearly enough Neil Patrick Harris (Though he does have a fully naked scene, did I just bury the lead?). Even in this very serious role he is spectacular. But as with any book you can't film every word. So we get what we get of Neil Patrick Harris and will just have to hope that this role gets him more work in bigger parts in things to come."

You ask and you shall receive.

I do love Neil Patrick Harris. Calling him a triple threat is an understatement. He's stupendous on all fronts as far as I can tell. Maybe he doesn't floss or something but otherwise... perfection.

Neil has hosted the Tonys once and the Emmys twice. Neil has won five Emmys and received the Tony last year for his performance in Hedwig and The Angry Inch. All of this just to say which do you think he'll get first the EGOT (winning Emmy, Grammy, Oscar and Tony) for his performances or be the first person to host all four shows. Personally I think he should host everything from here on out.

Prepare yourself for some great Oscar watching this year people. Who cares what anyone is wearing or what films get nominated. What do you think Neil will do????