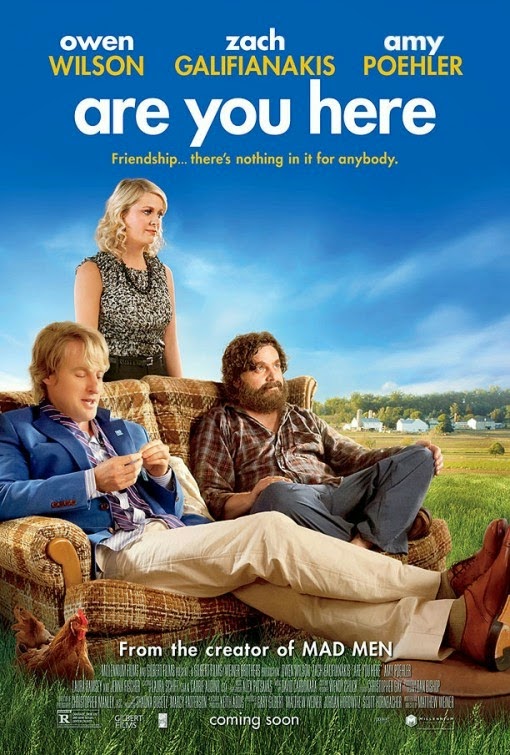 Matt Weiner (Mad Men creator) has written and directed a new film Are You Here and it opens this Friday August 22. It has a great cast, Zach Galifianakis, Owen Wilson, and Amy Poehler. The story is basically about the two male leads friendship which is alternately nurturing and enabling. If you're in broadcast journalism you may want to skip this one. I get the feeling Weiner is not a fan of the medium.

It's an interesting look at friendship and how selfless friendship is rare. Owen Wilson's character says how it is rarer than love because there is nothing in it for anyone. I found that really touching. While everyone has "friends" few have the kind of friends that would care for one another the way these two do. They have extreme highs and lows but they seem to find their way back to each other like soul mates.

I can't say it's a great film. But it did have great moments. I'd be interested to hear what others think about the ending. I won't tell you what happens.Truthfully it is left to each viewers interpretation to figure out. Maybe I'm a glass half full kind of gal, but I thought it was a bit sad.