The Book Of Life This Halloween #BookOfLife #Halloween 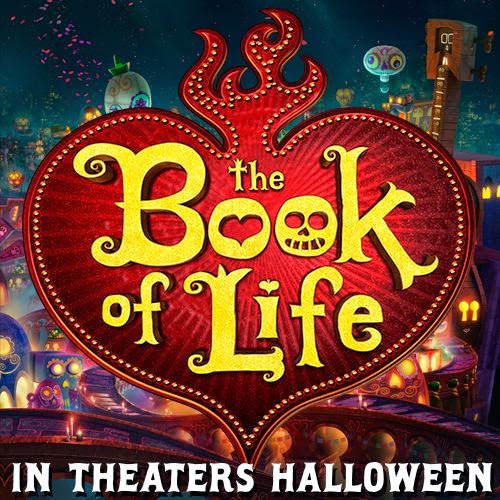 I was very excited to get to see some clips from this Halloween's The Book Of Life last week. Both producer Guillermo del Toro and director Jorge Guttierrez were in attendance and their enthusiasm, especially Guttierrez's, was palpable. I loved how excited the director was about the soundtrack, many of the songs are reworked hits but there are also a few original songs by none other than Paul Williams.

Here is the studio's description of the film:

THE BOOK OF LIFE, a vibrant fantasy-adventure, tells the legend of Manolo, a conflicted hero and dreamer who sets off on an epic quest through magical, mythical and wondrous worlds in order to rescue his one true love and defend his village. Cast: Zoe Saldana, Diego Luna, Channing Tatum, Ron Perlman, Ice Cube, and Danny Trejo.

I know this sounds like helpless maiden stuff but trust me when I tell you she is a strong female character who speaks her mind. 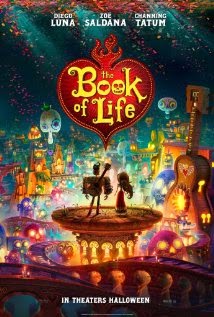