Enter @Omaze Drawing To Be In #StarWarsEpVII 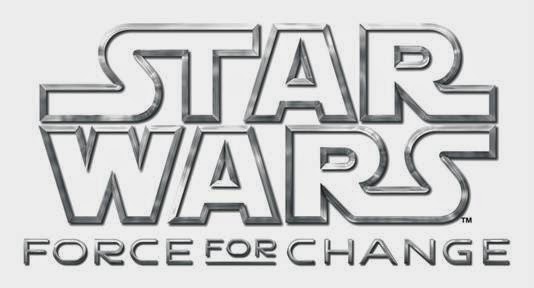 Omaze has another insanely fabulous fan experience drawing! They have teamed up with JJ Abrams, and Disney to launch Star Wars Force For Change to help the most vulnerable children around the world with UNICEF Innovation Labs. As little as $10 gives you a chance to be in the next Star Wars film and at the same time help UNICEF help these children.

Here's how you can enter for a chance to be in the next STAR WARS.

Fans can contribute directly at Omaze.com/StarWars for a chance to appear in Star Wars: Episode VII. For each $10 contribution made through the Omaze fundraising platform, eligible participants will be automatically entered for a chance to win this once-in-a-lifetime experience. The campaign runs from 12:01am PST on May 21stth until 11:59pm PST July 18th.

Here's JJ with the video announcement of the campaign. You can also visit the Omaze site for all the details

May The Force Be With You!

From now through this Friday (June 6th), anyone who contributes just $10 or more to the Star Wars: Force for Change campaign to benefit UNICEF Innovation Labs and programs will ALSO be automatically entered for the chance to win a second once-in-a-lifetime experience, an exclusive trip for 2 to Star Wars Celebration VII in Anaheim!
Posted by Elise Crane Derby at 10:50 AM