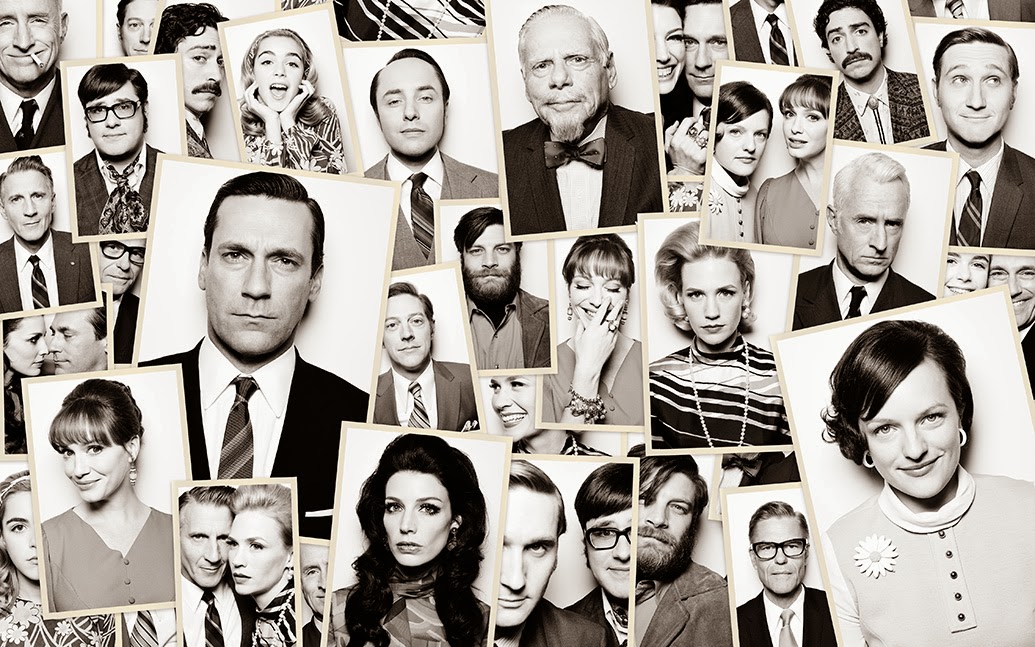 More and more Mad Men pictures and video are coming out every day, in the build up to season 7 premiere April 13th. Today we get this collage of everyone!

Season six left us at Thanksgiving 1968. Looking at these pictures I'm guessing we won't jump forward too far this season. I always think of 1969 as being the beginning of the modern era we now live in. It's when films like Butch Cassidy and The Sundance Kid, and Midnight Cowboy came out. Both examples of more realistic representations of the world than earlier films. It makes me wonder if Mathew Weiner had always intended to end the series in 1969-1970.

I'm looking forward to watching the live stream of the Mad Men panel on the Paley Fest March 21st. Hoping Weiner is at least a little forth coming about this final season. One of the things I really hope is revealed this season is Joan's respiratory issue. For those of you who have been reading my Mad Men posts for a long time, know I say this every season. Joan has, over the years, referenced hospital stays and exhibited respitory issues. It's never been explained and it makes me extremely curious!!!

Stay tuned for news on my co hosting on The Mad Men Podcast this season and a fun giveaway.
Posted by Elise Crane Derby at 9:08 AM