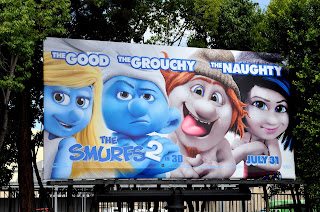 Last week my family was invited to a fun party to celebrate the release of Smurfs 2 at Sony Studios. We were treated like blue kings and queens and got to see an advanced screening of the film. We even got to play the new Smurfs 2 video game on PlayStation! 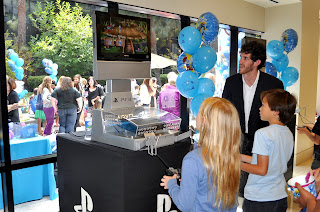 This film's action centers on Smurfette and her issues with being an adopted smurf. If you aren't familiar with the back story, Smurfette was created by Gargamel (Hank Azaria AKA the bad guy) to infiltrate the Smurfs but once there Papa Smurf made a formula to change her into a real smurf and, of course, make her blue. 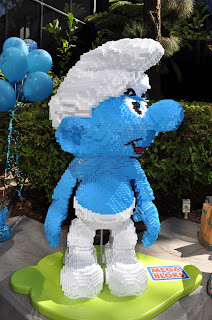 Now Gargamel has taken her back and with the help of his two other faux smurfs he's trying to convince her to come back to "the dark side", for his own evil gain. Lots of interesting questions for kids about choosing your identity, rather than just being who your parents are, are raised. 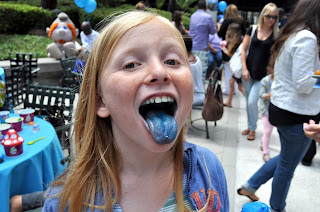 But my daughter just thought it was fun. As did the 4 boys we watched the film with ranging in age from 6 to 10. There were also much younger children in the audience who seemed to enjoy it. I'd say this film is pretty safe for all age ranges.