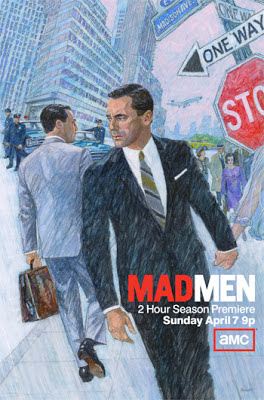 Huge episode squeezed into just an hour tonight. Mad Men Season 6 season finale IN CARE OF resolved a lot of things but also opened up a whole new set of issues. Don has finally completely outed himself. Even though many knew he wasn't who he said he was, it wasn't until this episode that he owned the entirety of the bleakness of his childhood. Spilling the childhood in the brothel to the people from Hershey was stunning. Followed up by taking the kids to his childhood whorehouse. 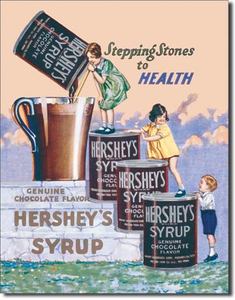 Don is making another run at sobriety and when he does that he gets truthful. Last time that didn't hold out more than a year, we'll see next season if he's still on the straight and narrow. But just in this episode he seems to have ended his marriage and be put on leave from his job. It's a bit like the poster for this season, with him leaving the one self behind and Megan out of the picture.

In other stories there was a game of musical chairs for moving to LA. First Stan, then Don steals it from him, then Don gives it to Ted ( to save him from Peggy) and then Pete gets roped in too. Which leaves Peggy in charge in New York, we even see Peggy sitting in Don's office toward the end of the episode. Peggy who seems destined to be alone, now that Ted is moving to the other coast to escape his fixation with her.

Pete's story is a wild ride this week too. First he's going to Detroit, but he tangles with Bob( which he knew better than to do last week) and Bob gives him the full treatment, making him drive a stick shift in the lobby of Chevy. It was Don getting Roger to vomit oysters and martinis in front of clients, all over again. Pete crashes the car and Chevy wants no part of a guy who can't drive stick. Goodbye Pete! If all that weren't enough, Pete's mother seems to have married nurse Manolo and fallen off a cruise ship. Which Pete is furious about initially, but then once he sees that Manolo can't get to their mother's money and the expense it would cost the family to find him... Long story short Mom liked the ocean, do we really need justice???

Lastly, Don gets the Fred Rumsen brush off by the company. Ted is not there but Roger and Joan tell him to his face, he needs time to regroup. Don runs into Duck on his way out of the office, which is extra brutal. Duck loves it of course.

This and That:
Two great Roger zingers this week
-(Detroit) it's all fun and games till they shoot you in the face
-Joan has lots of buddies, she goes fishing with them.

Peggy telling Ted that he should go home before her neighbors kill him.

Uncle Mac telling the preacher I'd tell you to go to hell but I don't ever want to see you again.

Sally on the phone with Don re: the burglar. She doesn't want to make a statement and tells him "why don't you just tell them what I saw. ( like he did when she caught him with Sylvia) ouch


For all my Mad Men posts (from season 2 to today)

Wow, so much went down! Where will the show go from here? It seems like it's finally come around to its opening credits of falling man.

Mad Men Season 6:Broadcasted on July 19, 2007, Mad Men comes to the 6th season now! This is a drama show about one of New York's most prestigious ad agencies at the beginning of the 1960s, focusing on one of the firm's most mysterious but extremely talented ad executives, Donald Draper. This show has won a lot of awards. Mad Men season 6 dvd is the show features so many great creative ideas. Mad Men season 6 DVD is hot on sale!