Africa, You Can't Come Just Once 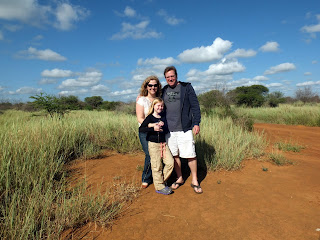 I have been saying for a year how this trip to South Africa was a once in a lifetime trip. Well, I lied, I don't care what I have to do I will definitely be coming back many times. Once, is not enough. (Is that a James Bond movie?) For 3 days we got on the safari truck at 5:30 am and 4 pm and in the beautiful lighting of the early morning and late afternoon and came so close to some of the worlds most beautiful and strange creatures. This must be what heroine is like. I can not get enough. 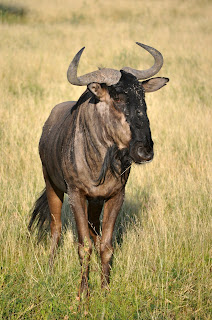 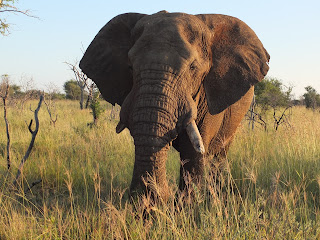 Just look at this video. Where our safari truck driver is forced to  face off with a gigantic elephant bull, who could throw us around like a rag doll should he take it in his mind to do so. I actually know what it's like to be completely speechless now. Sorry for the footage at the end, of the floor of the truck, I think my husband, who was filming, was in shock and forgot what he was doing.

I think the child asking the questions at the beginning was saying what we were all thinking. 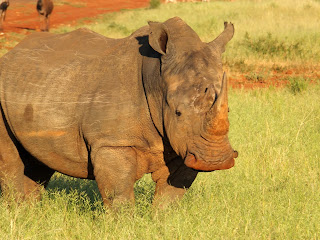 Apart from the animals I really should give credit to the staff at Madikwe Safari Lodge, for making our trip so off the charts incredible. Everyone from the safari guides to the maid service was so kind and accommodating. They are all working 24/7 but appear to be having the best time ever and if there was one more thing they could do to make your stay better they'rewere happy to do it. I'm not exaggerating.

Our two safari guides, Billy and Andre were just incredible. Andre did 90% of the drives with the children aboard, and he was so sweet with them. He was like a favorite uncle who makes everything seem cool and fascinating. He was also very patient with them when attentions would wane or fatigue would set in. Billy was amazing at tracking and he would take time to show us how he did it. He was also very serious about preservation to the point of driving around bug, of which there are many. Both were extremely knowledgeable about all things safari. 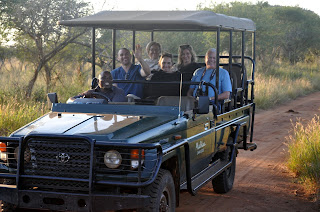 At one point it looked like we would have to get transportation to come to Cape Town at two in the morning and they were all, at least outwardly, happy to get up in the middle of the night to drive us and feed us and basically try to make it as painless as possible. Thankfully that disaster was averted.

I really can't say enough nice things about these people. Hope to see them all again very soon! 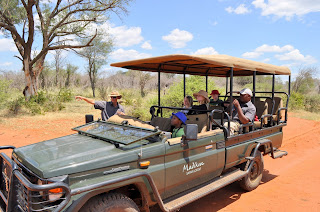 Wow, my heart was really pounding during the video- that looked really amazing but really quite scary as well! Amazing pics.

Love, love, love the golden light, as much as the subjects, Elise! That video is amazing and I love the questions being asked by the girl, yes, I was thinking the same things. Oh, and your hubby has nice feet. :) So glad you enjoyed yourselves!

He does have nice feet.

The light is amazing, it has to be, to make me willing to get up predawn.

Couple days in Cape Town and then we're back to Safari in Lion's Sand. :)

Just watching this hurts my heart- how beautiful! What an experience.