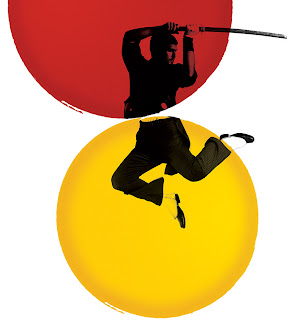 The TCM Film Festival 2013 dates have been announced it begins April 25 and runs through the 28th. The theme for this years festival is Cinematic Journeys: Travel in the Movies. Like the picture above there is always something for everyone at the TCM Film Festival. They'll screen silent films, horror, action, romance, musicals, and everything in between.

Also don't miss the Road to Hollywood kicking off October 13th. See the release below.

Prior to the 2013 TCM Classic Film Festival, TCM will once again conduct a nationwide Road to Hollywood tour of local film screenings. In keeping with the 2013 festival theme of Cinematic Journeys: Travel in the Movies, TCM is teaming up with NASA and Kennedy Space Center Visitor Complex for an extra-terrestrial screening of the sci-fi classic Forbidden Planet (1956) on Saturday, Oct. 13. The film will not only be shown to fans at Kennedy Space Center Visitor Complex in Florida, but has also been transmitted to the International Space Station to be enjoyed by the astronauts on board.

In addition, astronaut Sunita Williams, who recently set a new spacewalking record, will introduce Forbidden Planet to those here on Earth at Kennedy Space Center Visitor Complex from the International Space Station. Free tickets for the TCM screening of Forbidden Planet can be obtained through the Road to Hollywood website at http://tcm.com/roadtohollywood/. Additional locations and films for TCM's Road to Hollywood tour will be announced in the coming weeks.
Posted by Elise Crane Derby at 10:40 AM