The Swedish Affair at Sowden House 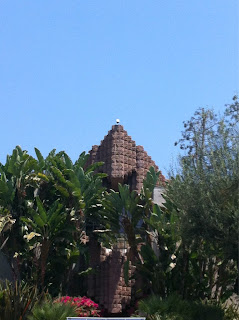 Last week I was invited to Frank Lloyd Wright's Sowden House for The Swedish Affair (Please don't tell my Norwegian grandmother). The house is amazing the photo above is the facade. All the Swedish things happening inside were just as cutting edge.

I don't know if you've noticed but Sweden really is taking over the world. I mean really who hasn't read, seen in Swedish, then seen in English The Dragon Tattoo series? Of course we know my favorite Swedish export is Greta Garbo. If that weren't enough GRAV LOX .

Check out the amazing list of exhibitors and performers. 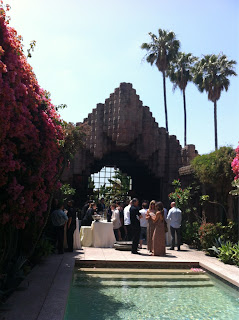 Here's the description of the event:

Movies like “The Girl with the Dragon Tattoo” and “Let the right one in”, and the Swedish directors Tomas Alfredson with “Tinker Tailor Soldier Spy” and Daniel Espinoza with “Safe House” are just a few examples of the latest Swedish wave to hit Hollywood.
Furthermore, Sweden is now among the worlds’ top 10 game exporters. The Swedish-developed games Minecraft and Battlefield are described as a "global phenomenon" and the biggest cultural export since ABBA. Robyn’s “Call your girlfriend” has 4,5 million views on YouTube and in 2011 Swedish advertising agencies won 31 lions and the Grand Prix in the prestigious advertising competition Cannes Lion.
With this two-day event we want to manifest the love affair between creative Sweden and Los Angeles that once started with Greta Garbo and Ingmar Bergman. We are inviting like-minded to come and join us for networking and creative exchange in a laid-back atmosphere at the fashionable Sowden House.
The two event-days are filled with activities such as panel discussions, keynote speakers, screenings, match-making and speed-dating opportunities. We will also offer Swedish inspired buffets and bar servings, unplugged music performances and much more. The first event-day will focus on the creative industries and the second event-day on all of the gaming and film industry.
The Swedish-American Chamber of Commerce of Greater Los Angeles, Swedish Games Industry and Media Evolution are organizing the event together with private companies, government agencies, the Swedish Embassy and the Swedish trade organizations for games, music, fashion, film, television and communication/advertising. 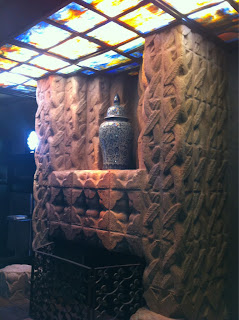 All that and I got to hang out in this amazing house. Seriously look at this fireplace....Thanks Sweden you had me at grav lox.
Posted by Elise Crane Derby at 10:05 AM