Free LA Screening of The Artist 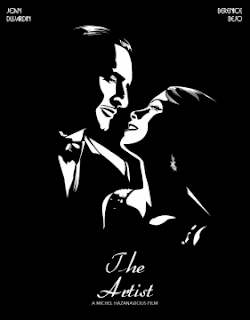 There's a free Writer's Bloc screening of The Artist this Friday at The Television Academy. If you haven't heard about this film it is a brand new silent movie. Here are all the details from Writer's Bloc.

RSVP ONLY TO TheArtistLosAngeles@gmail.com Writers Bloc is delighted to present a free screening of the new film, The Artist, which received great reviews at this year’s Cannes Film Festival. A black and white silent film, The Artist stars Jean Dujardin (who received the Best Actor award at Cannes) and Berenice Bujo as a pair of actors with two different destinies in Hollywood, from 1927 to 1932. The Artist portrays the rise of talkies and the decline of the silent film era, as silent movie superstar George Valentin (Jean Dujardin) sees his future receding, and beautiful actress Peppy Miller (Berenice Bujo) sees the unlimited potential in her own future.

At the TV Academy, 5220 Lankershim, North Holllywood. RSVP ONLY TO TheArtistLos Angeles@gmail.com . We ask that you arrive 30 minutes early. Screenings are overbooked to compensate for no-shows. RSVPS do not guarantee seating.
Posted by Elise Crane Derby at 1:22 PM