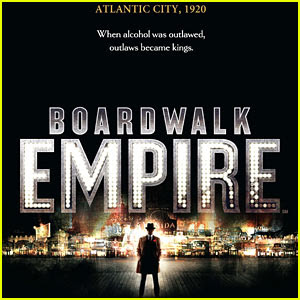 Boardwalk Empire has it's final episode of it's first season this Sunday. I can't believe it's over already. If you haven't been watching it on HBO you have all this week to catch up, on OnDemand. The cast is phenomenal. Steve Buscemi and Michael Pitt are such lovable villains.

If I have a criticism of the show, it's that it can be a bit graphic. I don't think there's an angle we haven't seen almost every female character, naked from. With the possible exception of Mrs. Shreoder.

There are so many great characters on the show from the psychotic G-man to the tacky show girl, but I particularly like Jack Huston, as Richard Harrow. He plays the WWI vet who wears a mask to cover half his face that was destroyed in the war. I hope his character gets developed next year.

I can't wait for the next season. I hope they will bring in more historical characters. I'm sure lots of celebrities visited Atlantic City in the 20's, and I want to see them all portrayed on the show.
Posted by Elise Crane Derby at 11:07 AM

Boardwalk is one of my favorite shows. Love it.

You have very good taste!