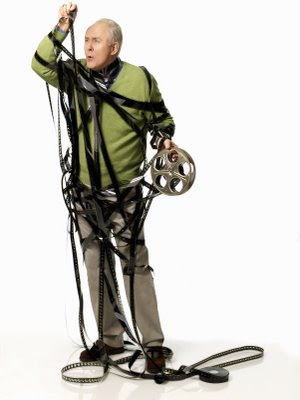 John Lithgow is back on TCM this summer with his series of essential films for kids. It will be on every Sunday at 8pm et and 5pm pt beginning June 6th

Here's the line up:


I got to chat with Mr. Lithgow a bit this morning about the series.
I find when I'm watching old films and sometimes even new ones there will be racial, gender, or some other kind of inequality depicted as exceptable behavior. So I asked Mr Lithgow how he felt that should be dealt with for children. His answer was to set the context for the child going in. It will give the child an opportunity to engage in what might not be as easily digested as Avatar, and it can give you a chance to talk about how things have changed. He said that each parent must use their own judgement, of course.
He also talked about how he was glad they had included a silent film, as well as Duck Soup. They are the two oldest in the series. Obviously, in very different styles from todays films. I totally agree that it's great to expose children to them.

John Lithgow has also writen 7 children's books. One of which I have a copy to giveaway. I Got Two Dogs.
If you'd like to enter to win it just leave a comment on this post, with which film from the series you are looking forward to watching.
All entrants should live in the contiguous US. I'll draw a winner Wednesday, May 19th.
Good Luck!

Here he is talking and singing about the book


WINNER:
Raquel is our winner. Thanks for entering and enjoy the Essentials Jr.
Posted by Elise Crane Derby at 10:40 AM

How cool to talk to John Lithgow! Congrats.
A

Old Yeller is a favorite. Already getting the tissue box ready...it's a classic!