It's All In Black and White 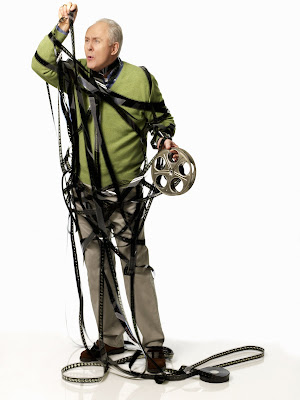 
I was so excited to be contacted by Turner Classic Movies (TCM) yesterday, and asked if I would like to write about some of their upcoming programming. You know I love my old movies , so I was all over it. They have a great series coming up in June hosted by John Lithgow to introduce the younger viewer to the classics. There's even one I haven't seen, Mr. Hulot's holiday.
Stay tuned I may get some fun giveaway stuff from TCM in the future. Hope you and any children in your life enjoy the shows.

Tony®, Emmy® and Golden Globe®-winning actor John Lithgow is coming to Turner Classic Movies (TCM) to host this summer’s edition of TCM’s ESSENTIALS JR. Lithgow, who has also earned acclaim as a children’s author, will present 13 classic films ideal for parents to introduce to their kids, beginning Sunday, June 7, with the musical classic Yankee Doodle Dandy (1942). The following is a complete schedule:

Those are some fabulous movies! I can't wait to re-view them w/my daughter. Thanks!

That's fantastic!
Wait, the 1978 version of Heaven Can Wait is a classic? I saw that in a movie theater. Yikes, I'm getting old.

Wow, how cool! You didn't tell me about this. The motherland contacted you!
I watched Singing in the Rain AND Seven Brides for Seven Brothers on TCM last night.